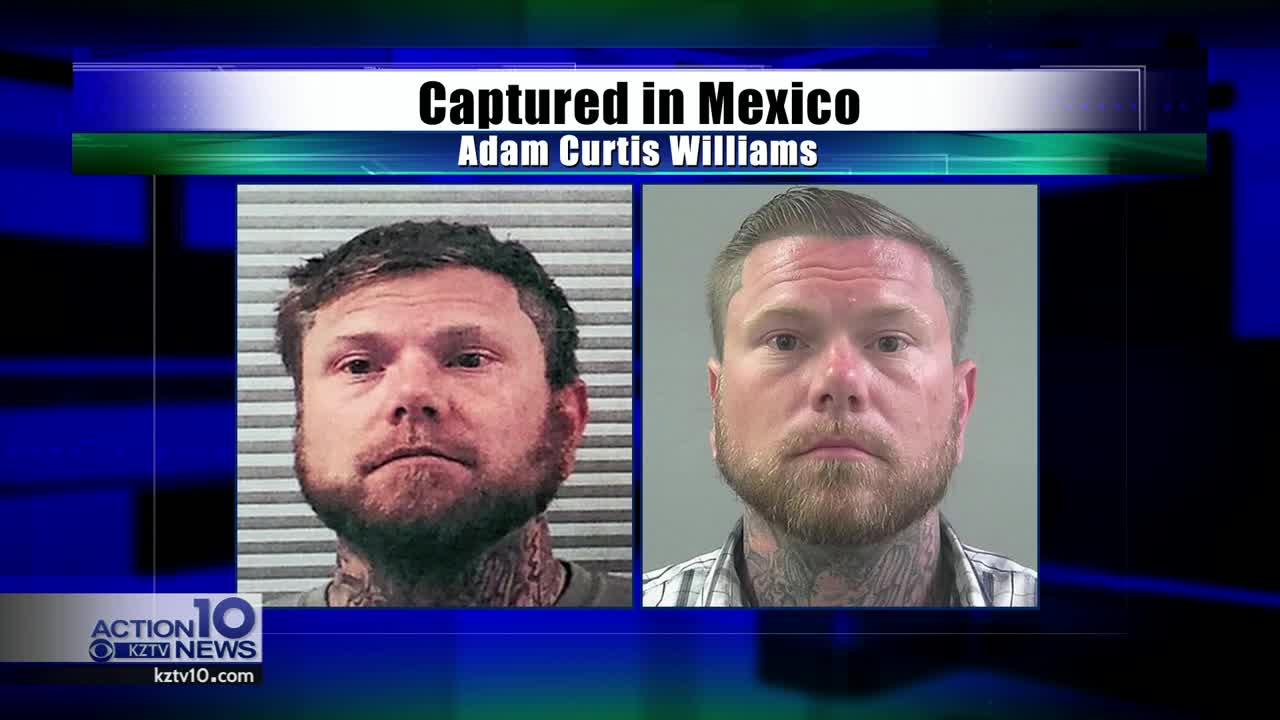 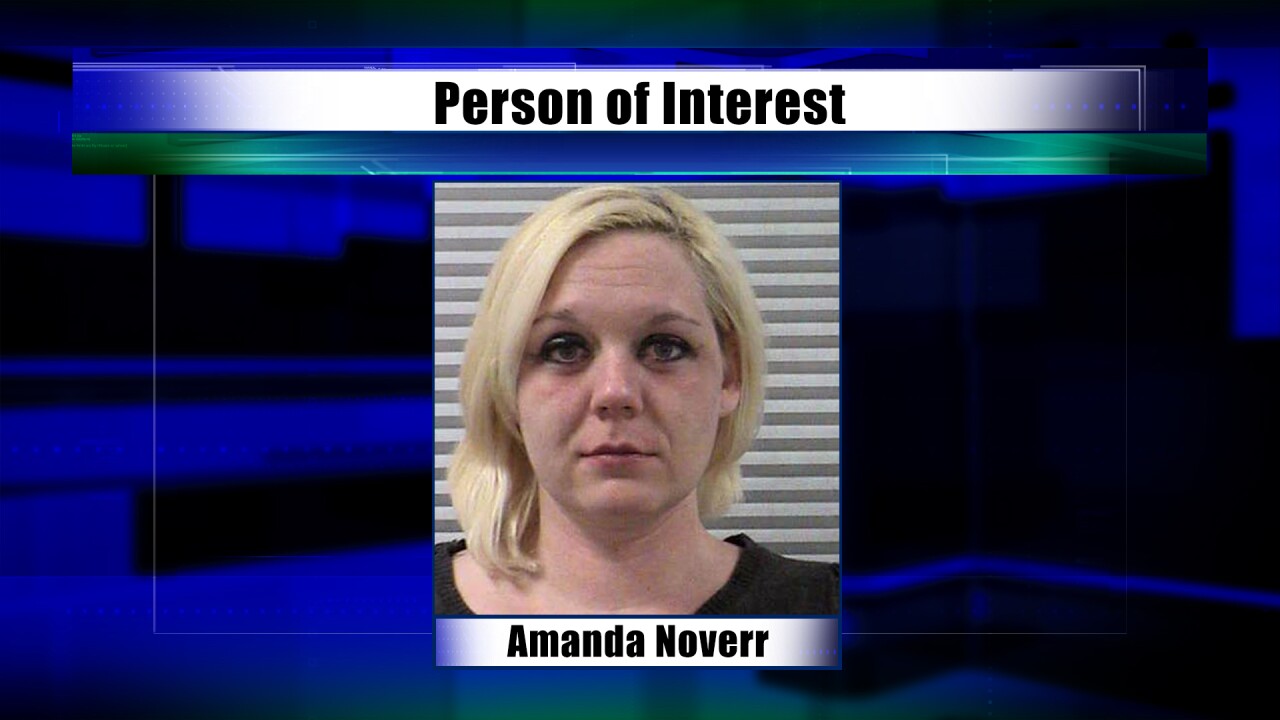 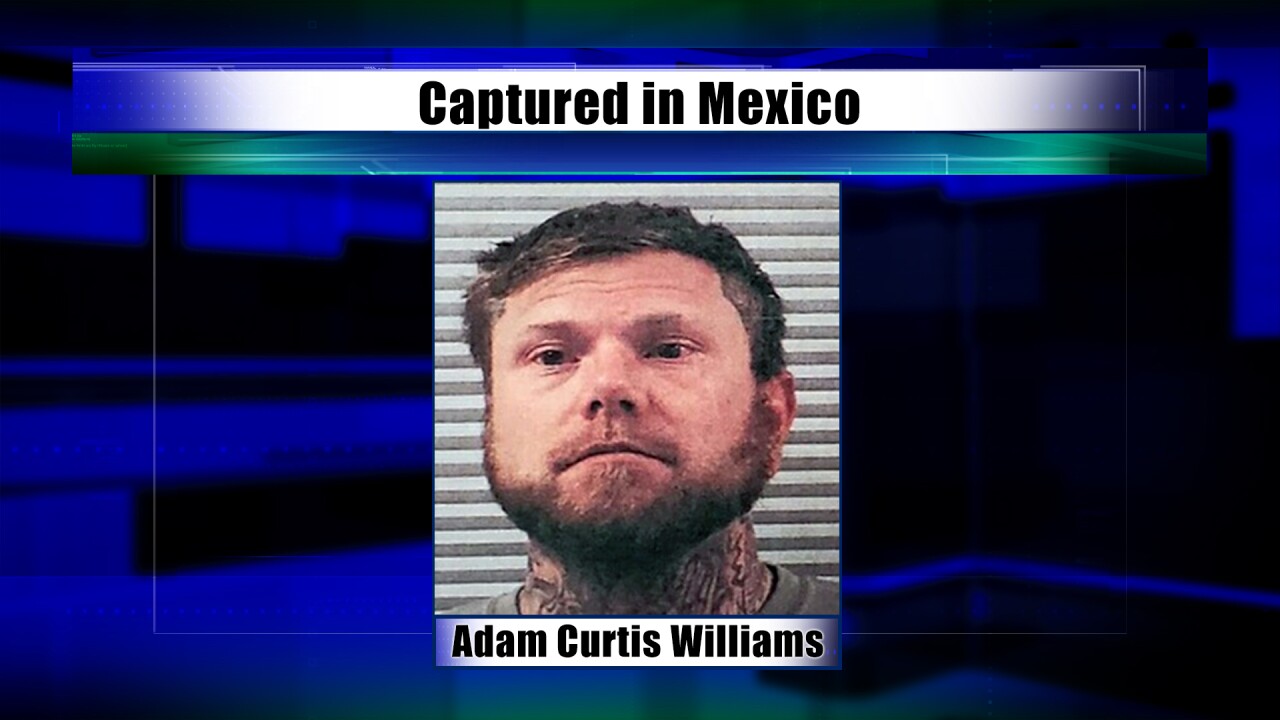 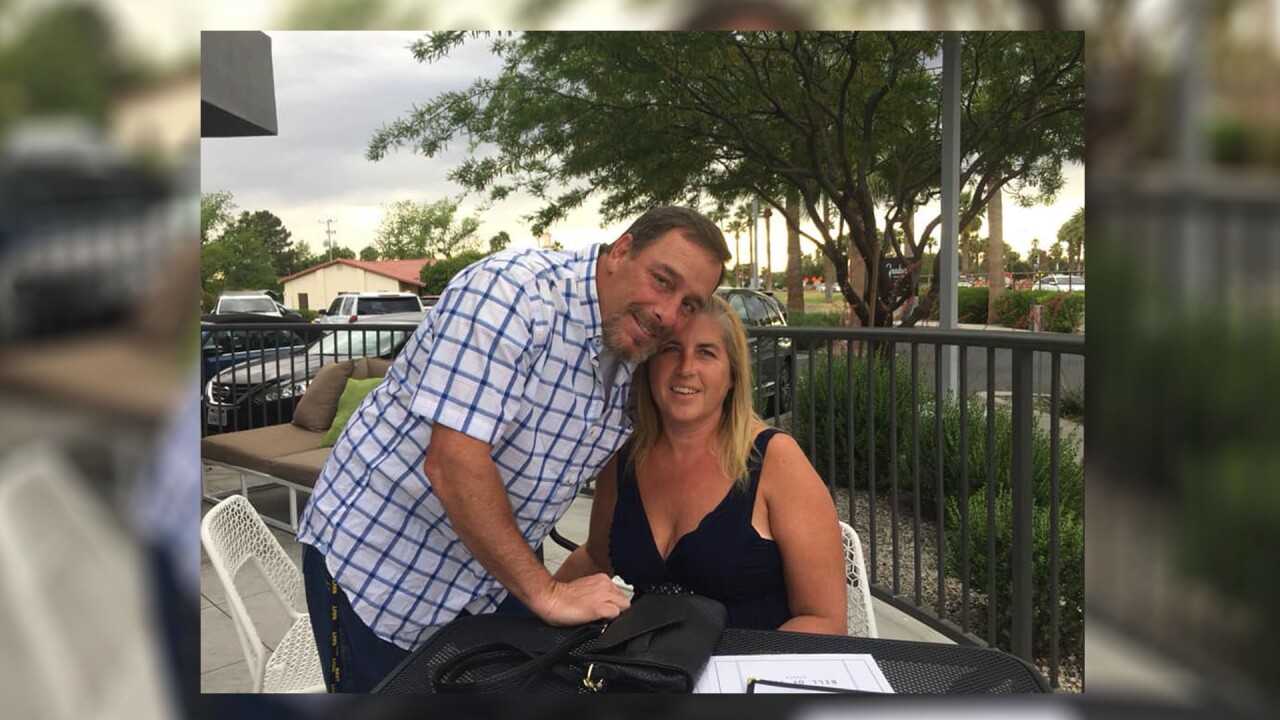 UPDATE:
Kleberg Chief Deputy Jaime Garza confirmed to Action 10 News Wednesday night that Adam Curtis Williams was flown from Mexico to Houston, Texas where he met with authorities from the Kleberg County Sheriff's Office. Garza said Williams was magistrated and then driven to Kleberg where he was booked at the Kleberg County Jail. There will be a news conference Thursday morning.

UPDATE:
Action 10 News spoke with a man who said he was camping at North Padre Island around Oct. 5 and came in contact with Adam Curtis Williams and person of interest, Amanda Noverr. He has provided Action 10 News video footage -- including drone shots -- where the Butler's truck and RV can be seen on the beach.
He said he spoke with Williams and Noverr before the Butlers were reported missing. He tells us the pair was in what he believes was a Toyota Tacoma with Utah plates pulling a trailer.
He said the pair also had a child with them around the age of two or three years old. He said he reached out to the Kleberg County Sheriff's Office a few times offering his information and video footage, but did not hear back from them. Officials have yet to confirm information about the child.

***
UPDATE: Action 10 News just received an old mug shot of Amanda Noverr from the Cache County Sheriff's Office in Utah. At this time, Noverr is still just a person of interest in this case. There is no word if she was with Williams when he was arrested.

The family of New Hampshire couple James and Michelle Butler have confirmed that Adam Curtis Williams, 33, has been caught in Mexico.

An arrest warrant for Williams was issued on Tuesday for a felony theft charge. This comes after the double murder of the Butlers who were camping on North Padre Island and reported missing Oct. 23.

Officials with the Kleberg Co. Sheriff's Office said the Butlers' truck and RV was stolen and captured on surveillance crossing the U.S./Mexico border on Oct. 21 at Eagle Pass/Piedras Negras.

"They did say they are in the process of transporting him him to the border," van Loon said.

Williams' bond was set a $1 million.

Kleberg County Chief Deputy Jaime Garza neither "confirmed or denied" that Williams was in custody. Garza said the Kleberg County Sheriff's Office will be holding a news conference Thursday morning.

Action 10 News is waiting to hear back from several law enforcement agencies from both Texas and Utah -- including the U.S. Marshalls -- so we can complete a criminal profile on Williams.

Action 10 News will keep you updated as this investigation continues to develop.