Rain chances with near normal temperatures 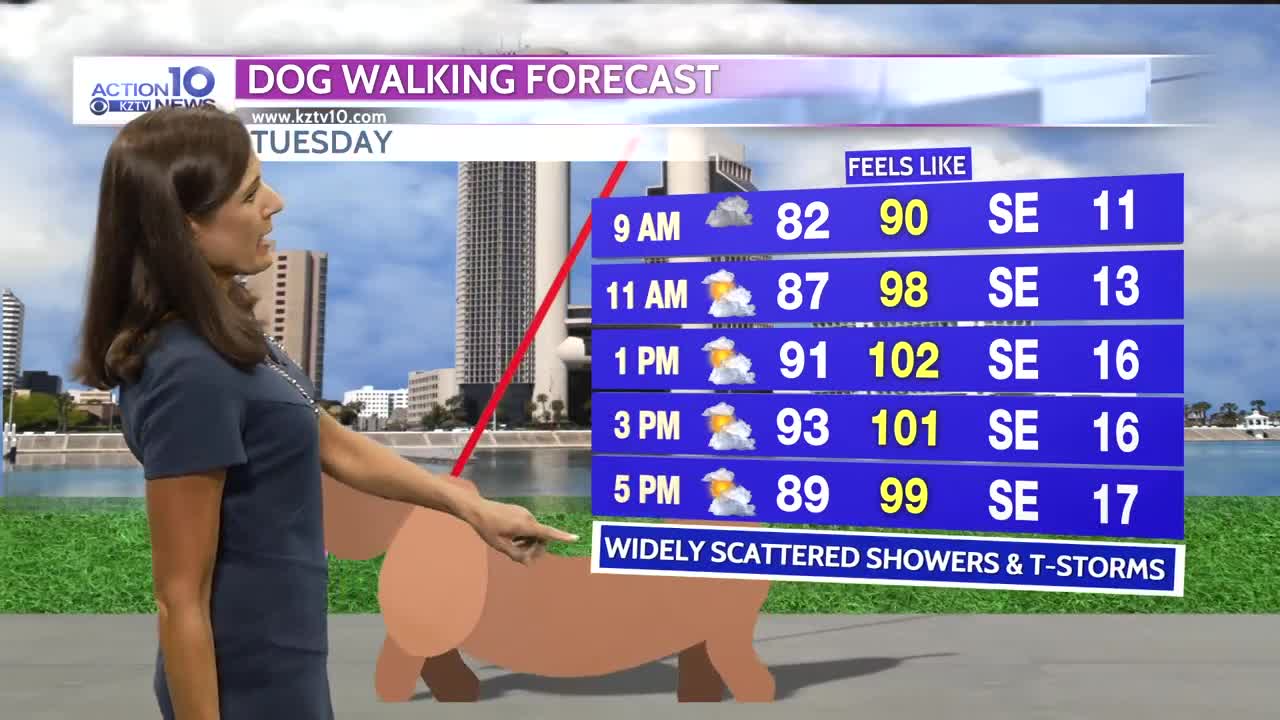 Moisture is increasing the next few days which will give us a better chance of showers and t-storms through Thursday. These will be widely scattered each day, closer to the coast in the morning then shifting inland during the afternoon. High temperatures will decrease a couple degrees with near normal temperatures through Thursday before drier air moves in Friday and for the weekend and temperatures climb slightly. In the tropics, Tropical Storm Gabrielle is well out in the Atlantic not affecting any land areas. There are also three tropical disturbances which have a low chance of development in the next 5 days but nothing that will affect the Coastal Bend this week.

Monday Night: Partly cloudy with lows in the mid to upper 70 inland and near 80 at the beaches with southeast winds at 8-15 mph.

Tuesday: Partly cloudy with a chance of showers and t-storms and highs in the mid to upper 90s well inland, low 90s in Corpus Christi and upper 80s at the beaches with southeast winds at 10-20 mph. Heat indices will reach up to 105.

Wednesday: Partly cloudy with widely scattered showers and t-storms and highs in the low to mid 90s inland and mid to upper 80s at the beaches.