PGA Tour’s Rahm skips incredible ace off the water, into the hole 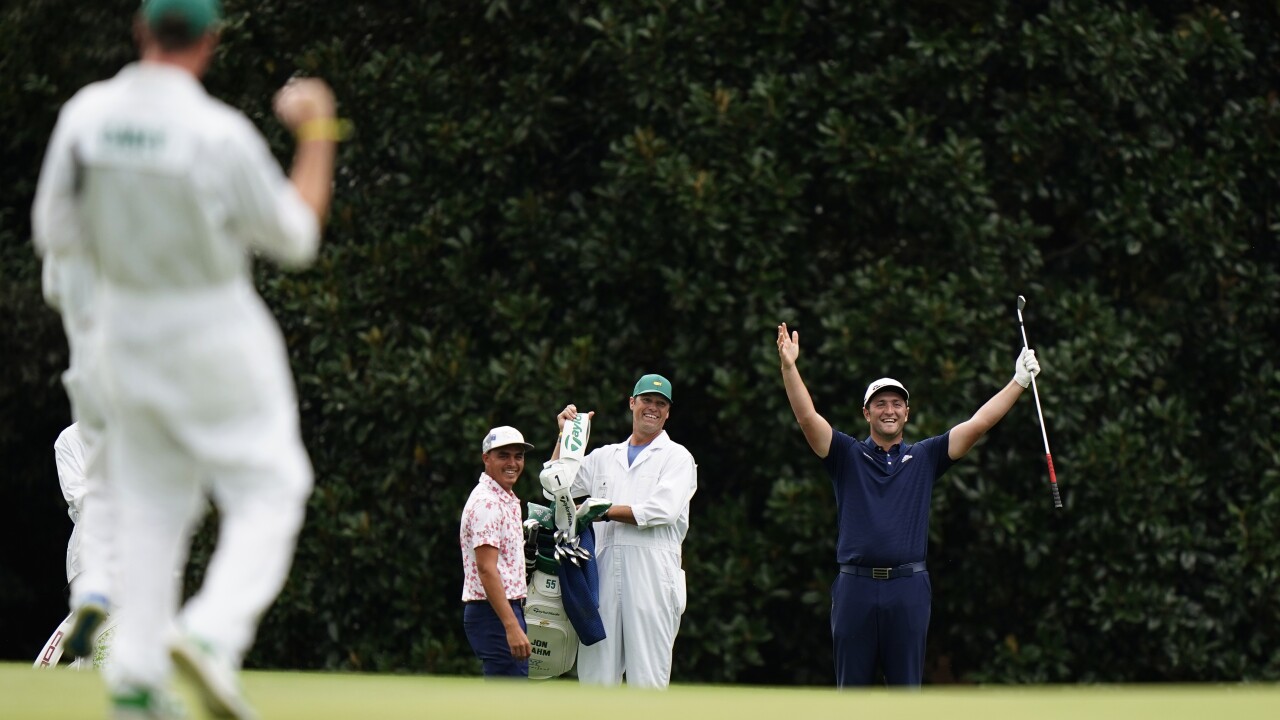 It has become a tradition on the Tuesday before the Masters Tournament at Augusta National in Georgia. During Tuesday practice rounds, golfers go to hole No. 16 and attempt to hit a shot that skips off the water and onto the green -- the type of shot you'd never try during the tournament.

On Tuesday, Jon Rahm hit a perfect shot that skipped off the water, stopped on the back of the green, and trickled its way all the way into the hole. It was a shot you would have to see to believe.

From pond to pin! Rahm skips to a hole-in-one on No. 16 at #themasters pic.twitter.com/JNNPWgW9OP

While Rahm’s shot would have typically been roar-inducing, it was nearly silent at Augusta when Rahm’s ball trickled into the hole. That’s because the Masters Tournament will be held without spectators due to coronavirus concerns. The tournament was moved from its normal April timeslot to November because of the pandemic.

Rahm enters this weekend’s Masters Tournament ranked No. 2 in the Official World Golf Rankings, although he is still looking for his first victory of 2020.

Rahm also hit an ace during his practice round on Monday on hole No. 4 at Augusta.