Get ready for pickle ball, a game like ping pong on steroids

It's a paddle sport that's gaining a lot of popularity throughout the Coastal Bend. 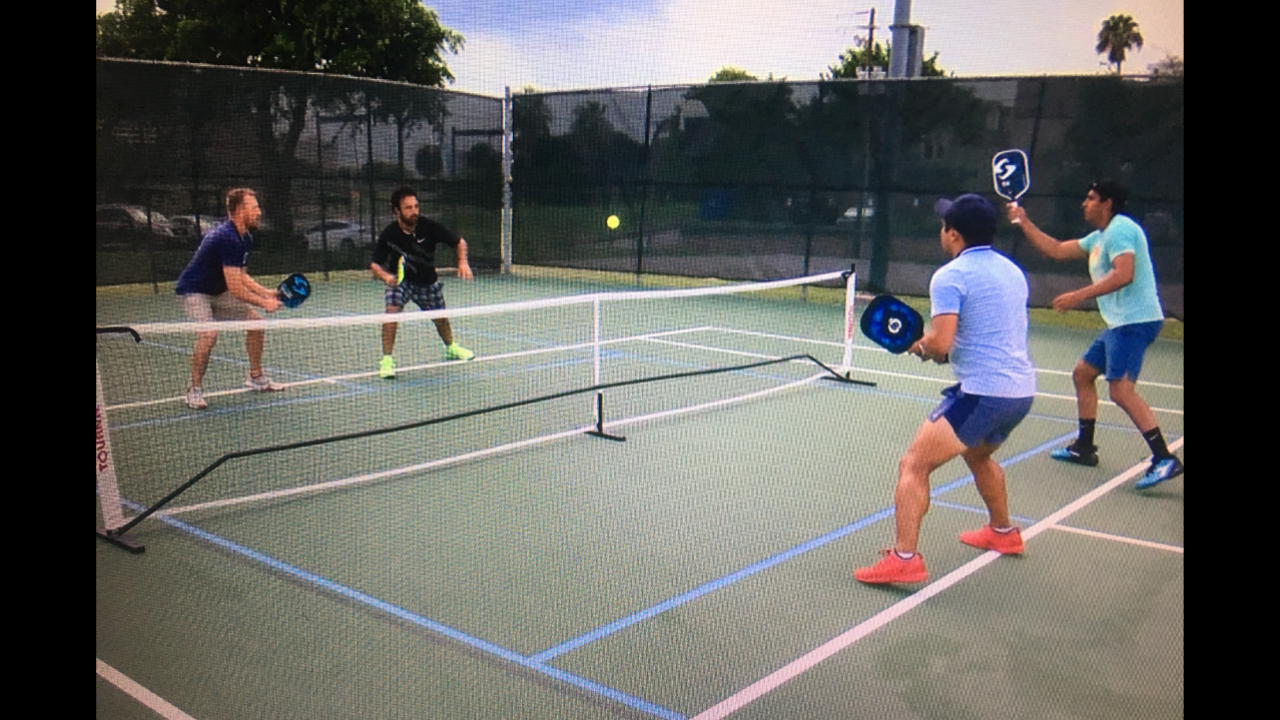 Have you ever heard of the game "pickleball?”

If you haven't, you will soon.

It's a paddle sport that's gaining a lot of popularity throughout the Coastal Bend.

It is the fastest growing sport in South Texas. It’s an amazing sport that some call ping pong on steroids.

A combination of tennis. badminton and ping pong, pickleball was actually invented back in the mid 1960's. But it didn't gain immense popularity here in South Texas until recently.

"A couple of friends kept telling me about pickleball which I thought was a weird name and I said yeah, yeah one of these days,” said Ronald Elizondo, director of the Al Kruse Tennis Center. “So, I went to Ben Garza and watched them play and they got me to play. I said this is fun and I told the guy we should try this at Al Kruse.”

Now five months later, Elizondo has set up eight courts with dozens of players of all ages, playing every single day including 67-year-old Albert Salinas, who credits pickleball with helping him lose more than 40 pounds.

"Because it's a smaller court than tennis people like me - I am right around 300 pounds – 67 years old, two knee surgeries and I still come out here and it actually improves everything in you because you are moving constantly and getting a good workout,” Salinas said.

"Anybody can just show up and play or call the tennis center and reserve a court or if they want to learn how to play,” Garza said. “We are offering lessons for those who want to learn pickleball.”