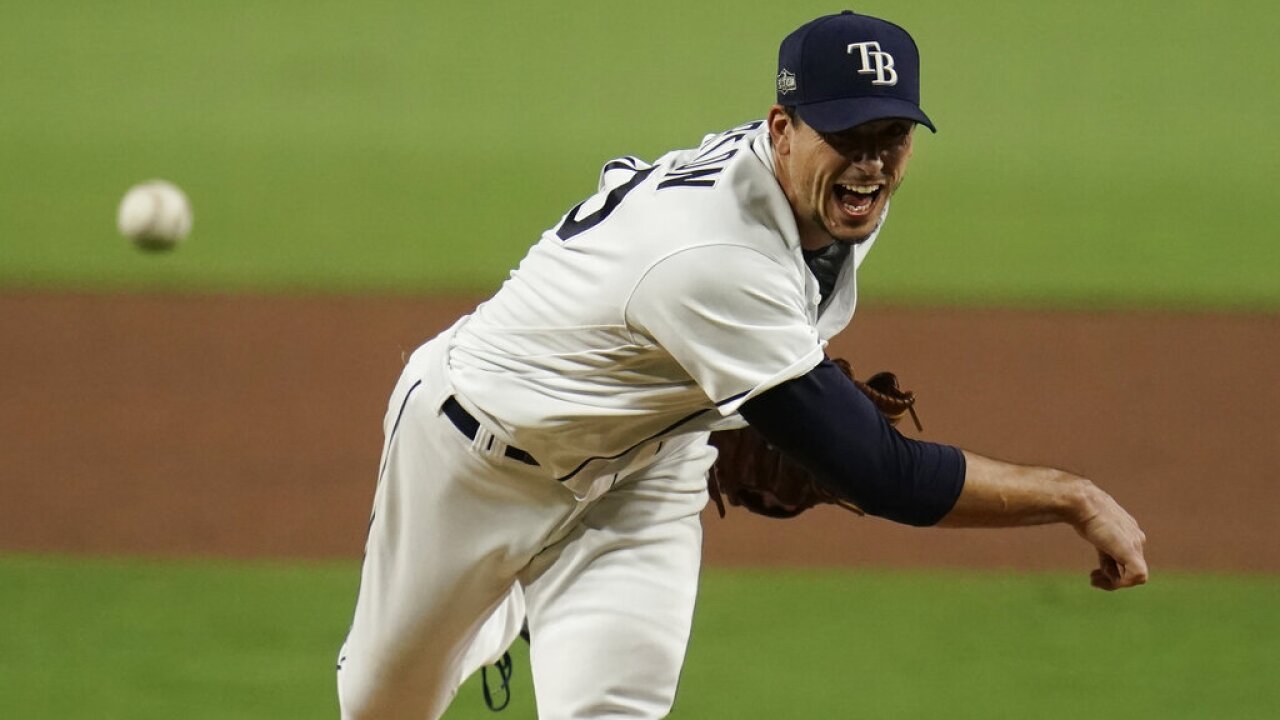 The Houston Astros hopes at making history ended with a thud Saturday night in San Diego.

The Astros dropped a 4-2 loss to Tampa Bay, ending their season in Game 7 of the American League Championship Series.

Houston was attempting to become only the second team in Major League Baseball history by climbing out of a 0-3 hole by winning four straight games to clinch the series.

But Tampa Bay starter Charlie Morton was too much for Houston, limiting them to two hits in 5 2/3 innings for the victory. Morton walked one and struck out six

His victory in Saturday's game enabled him to become the first pitcher in Major League Baseball postseason history to earn the win in three career Game 7s.

Tampa Bay rookie outfielder Randy Arozarena slammed a two-run homer against Houston starter and losing pitcher Lance McCullers Jr. in the bottom of the first inning and the Rays never trailed from there.

It was Arozarena's seventh home run of the postseason, enabling him to set a MLB record for most homers in a postseason by a rookie.

The Rays advance to their second World Series in franchise history after losing in five games to the Philadelphia Phillies in 2008.

They will play the winner of Sunday's Game 7 in the National League Championship Series between the Los Angeles Dodgers and Atlanta Braves.