Action 10 News has learned another three fugitives featured on the Wheel of Shame were arrested. 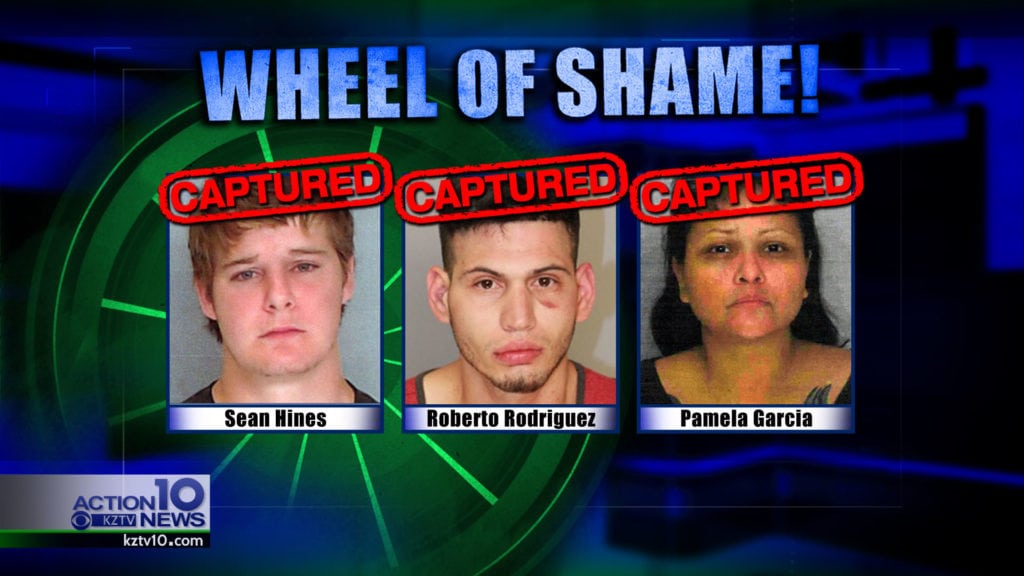 The wheel landed on Hines back in August 8, 2018. He was wanted for motion to revoke probation for evading arrest with a previous conviction.

The wheel did not land on Rodriguez or Garcia.

Rodriguez was wanted for burglary of a habitation.

Garcia was wanted for motion to revoke probation for possession of a controlled substance.

Since the Wheel of Shame began; 291 fugitives have been arrested.