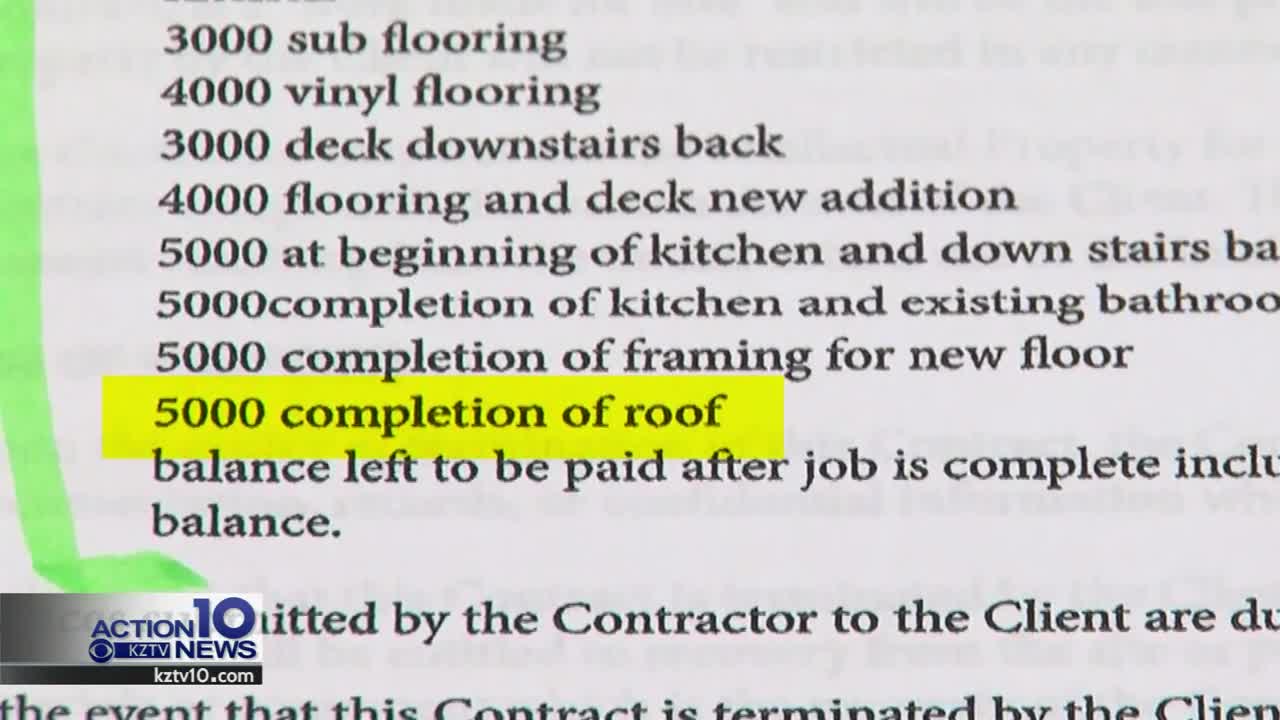 CORPUS CHRISTI, Texas — We have new information on a Troubleshooters story we first reported Monday.
A Taft couple claims they've paid a contractor nearly $100,000.00 to do a remodel and addition on their home.
This is the contractor's side of this story.

After multiple attempts to contact Jennifer White, owner of Island Partners, before our story aired Monday, she finally contacted us Tuesday, a day 'after' our story aired.
She would not confirm she'd been paid $98,000.00. Said she'd have to check her records.

She did confirm that her crew just walked off the job in January of this year over money.
Saying Smith wasn't able to pay her to continue working on a job Island Partners had just begun in October.

The contract between both sides, dated october 22nd, 2018, reads, under 'services provided'...install new peaked metal roof and vinyl siding.
And under 'compensation' it says 5000.00 completion of roof.
So a new roof was already in the contract.

White claims she reminded Smith of that when a leak was discovered in the roof during demolition.
She says Smith still wanted to file an insurance claim, which Smith told us would have been worth an estimated $30,000.00.
But nothing ever happened because Smith says White didn't provide information the insurance company needed.

White told us that the way the house looks now, after demolition, framing, pulling permits, installing all the electrical and plumbing, that's $150,000.00 worth of work and material.
And it would cost an additional $50,000.00 to finish.
Plus, she told smith and the Troubleshooters, she wasn't making any profit on this job.
She just wanted to use it as a reference for her business.

Smith told us she's had to move her family of 6 three times since October, at great expense, because they certainly can't live here, in what she calls, her 'forever' home.
"If she can come in and fix this the way that we had originally agreed to, do our contract to a 'T', and go off the plans, I would be elated."