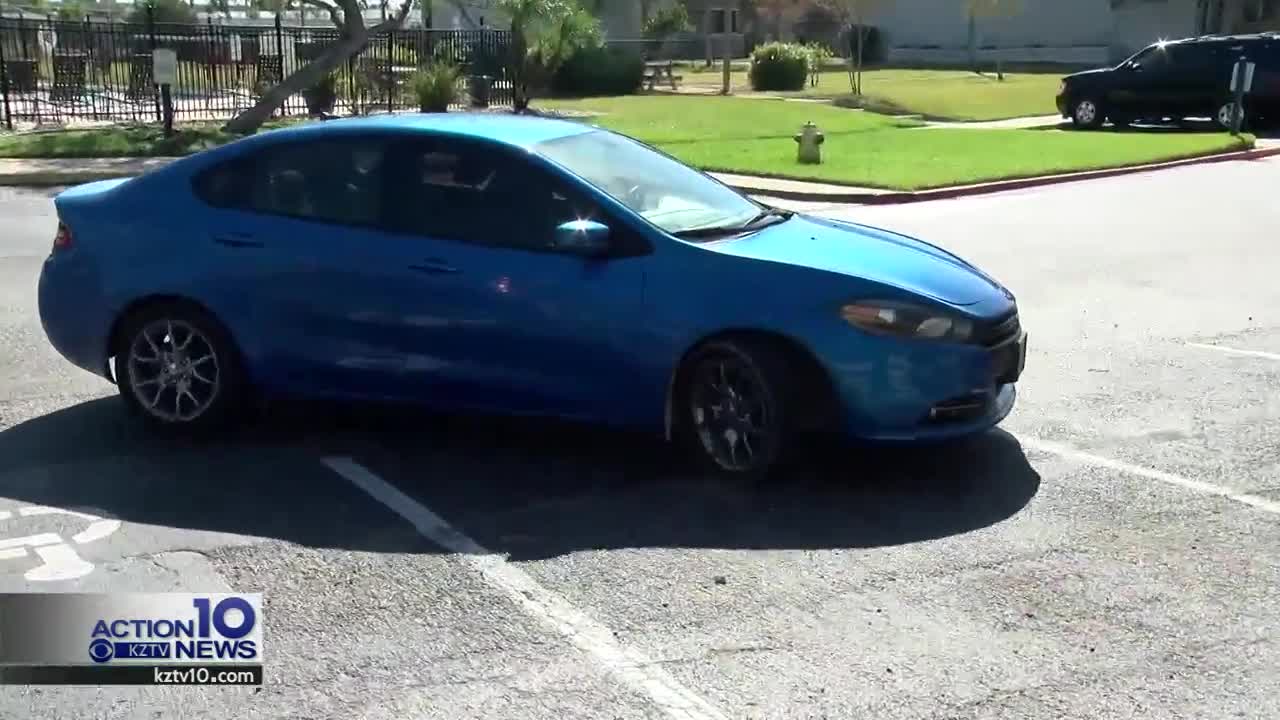 CORPUS CHRIST, Texas — A Corpus Christi man called for help getting the title, registration, and license plates for a car he bought from a local used car dealership in July. A 2015 Dodge Dart is the first car Tyler Murray's ever bought on his own.

It had nearly 52-thousand miles on it when he bought it in July from King Motorcars on Staples. He paid $3500 for it, 'As Is.' No warranty.

He's still waiting for the license plates, registration, and title for it though, and he can't get insurance on it until he does.

“I spoke to them on the phone. They promised me the plates within a couple of days. Still hadn't happened. That's been over a month. And we feel pretty much we've been done wrong,” said David Stevens, Tyler’s dad.

This isn't the first time a customer has contacted the Troubleshooters about King Motorcars.

When we spoke with Nueces County Tax Assessor Collector Kevin Kieschnick, he said the dealership has to submit the paperwork on this deal to his office, and the title will be sent to the owner by the DMV in Austin.

He also told us the dealership could face a penalty for the delay in getting the owner the title within 30 days.

Robert, who identified himself as a representative for King Motorcars said the pandemic caused the delay.
He also said the paperwork would be dropped off at the courthouse and Murray should have the license and registration by Wednesday.

The paper copy of the title will come from Austin, and that could take 7-10 days.