Coastal Bend College has approved a grade change policy for it’s nursing program.
This comes after a state investigation found the college did not have processes to appropriately and consistently administer grade changes. 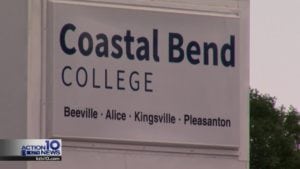 The Texas Higher Education Coordinating Board’s report was the topic of discussion at last night’s CBC Board of Trustees meeting.
And the 6 trustees in attendance, unanimously approved a policy that will include the following:

She told the Trustees the report ‘seemed very unfair and frankly biased’ .
Adding that the state auditor never spoke with CBC President Dr Beatriz Espinoza.
Only to those opposed to the current administration.
“The issue with the grade changes with the report was that they didn’t have a policy. It wasn’t that there was fraud, or corruption, or collusion. It was that there was no policy for it to be done consistently.”

The state’s investigation was prompted by 27 grievances filed against the college by former Interim Vice President of Instruction and Economic Development Dr Matilda Saenz.
In an earlier interview, Saenz told us, “it’s these administrators that have gone wild, really, without any supervision. and think they’re above the law, literally. They think they’re above the law and no one can touch them. So that has to change. It really has to change.”
But because she spoke out publicly about what she witnessed as an administrator, Saenz was fired 2 days before her contract was to expire.

Moreno added that much of the THECB’s report is a ‘snapshot’ of past practices at Coastal Bend College that have already been corrected.
“Even tho there’s loud voices in this community against the college and what’s been going on, there’s a lot of great successes. And I’m proud of my college, and proud of what this administration has done, and how they’ve turned this college around.”