A disabled veteran says his latest utility bill is huge !
5-6 times bigger than normal.
He’s called the city for help, but claims they suggested he get on a payment plan.
So he’s called us for help. 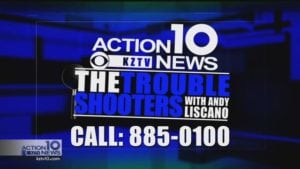 He says they suggested he get on a payment plan.
When he declined, he says they told him to call the resolution department.
He did. Left a message. Then called us. And we called the city.
Utility office business manager Margaret Morin told us she’d look into it.
She did.

Beltran claims he’s a disabled US Navy veteran on a fixed income.
So an unexpected $755.00 bill is an unwanted expense for anybody.
“I was gonna get on a payment plan while I talked to someone about this, but since they weren’t helping me, I said, you know what, I’m gonna hold off for now.”

Ms. Morin told me the city checked Beltran’s meter and it registered the usage charged on his bill.