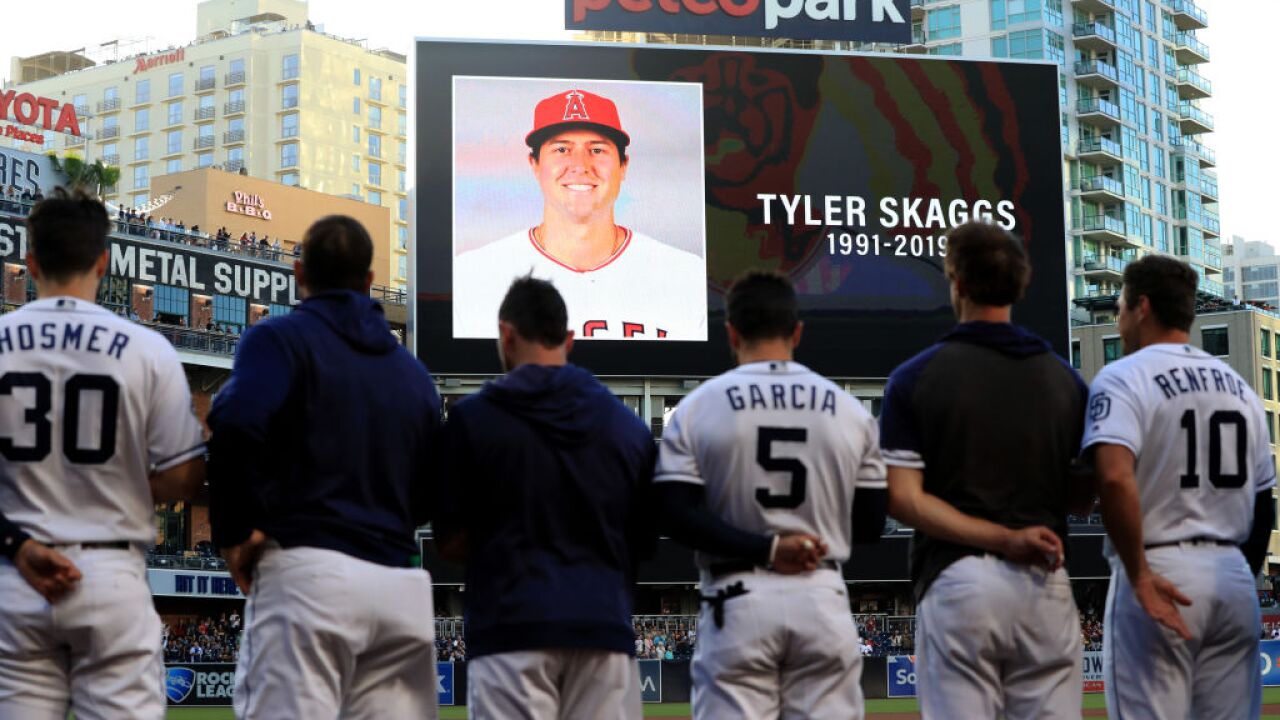 After taking a night off to mourn teammate Tyler Skaggs, whose death remains a mystery, the Los Angeles Angels will take the field Tuesday night against the Texas Rangers.

The game will begin with a moment of silence to honor Skaggs before the 7:05 p.m. (8:05 p.m ET) first pitch in Arlington, Texas, the Rangers said in a statement. The Rangers will donate the proceeds from a fan raffle to the Angels Baseball Foundation in Skaggs' honor, the team said.

The first of the four-game series was postponed Monday after the 27-year-old pitcher was found dead in a Southlake, Texas, hotel. Fans who had tickets to Monday's game should hold on to them until it's rescheduled, the Rangers said.

Skaggs was found unresponsive at a Hilton in the Dallas-Fort Worth suburb and pronounced dead at the scene, police said in a statement.

Foul play is not believed to be a factor at this point, Southlake police said in a statement. "In these early stages of the investigation, it does not appear at this time that suicide was the cause of death," Southlake police officer Brad Uptmore told CNN.

"Tyler has, and always will be, an important part of the Angels Family," the Angels tweeted.

The Angels drafted Skaggs in 2009. He made his major league debut in 2012 and spent the 2012 and 2013 seasons with the Arizona Diamondbacks.

"We are heartbroken with this tragic news," Diamondbacks President and CEO Derrick Hall said in a statement. "He will always be remembered here as a great teammate and wonderful young man."

Skaggs last pitched Saturday, completing 4⅓ innings in the Angels' game against the Oakland As in Anaheim.

Skaggs was married at the end of 2018, according to his and his wife's Instagram accounts. Photos show them kissing and embracing on their wedding day.

Carli Skaggs on Sunday night shared a photo of her husband wearing a cowboy hat. Tyler Skaggs later posted a picture on his Instagram account of what appears to be teammates wearing cowboy hats, standing near a plane.

In Anaheim, a banner honoring Skaggs was hoisted outside Angel Stadium. Mourners left flowers and memorabilia in front of the stadium. "RIP 45," a nod to the number he wore, was written on an Angels hat.