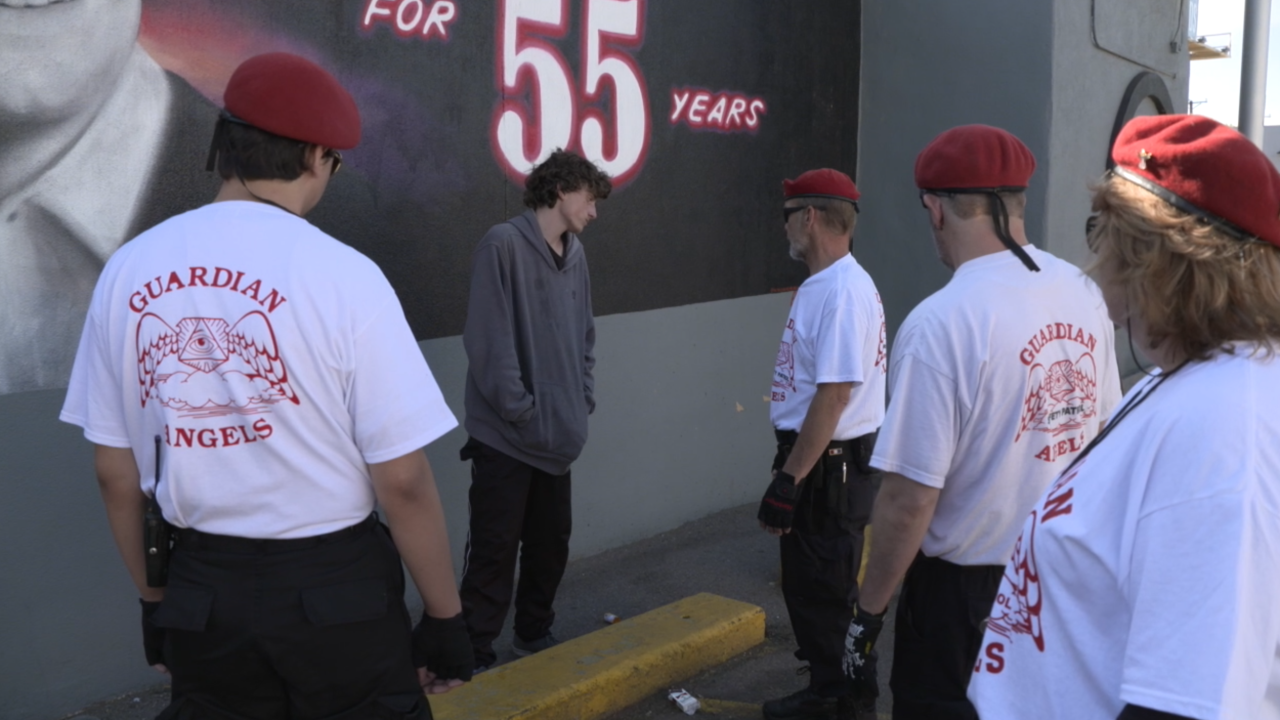 For more than 40 years, The Guardian Angels have been putting their lives on the line to protect citizens.

The group, which is made up of volunteers, don't get paid and don't carry weapons. Advocates of the group say they have made a big difference in public safety.

But the group is having trouble attracting new members, and it's losing its headquarters in Colorado.

It’s Saturday evening on one of Denver’s most dangerous streets, when the calls of concerns start coming in.

“We got a report from a passerby about an individual shooting over here,” said Robi Salo, commander of the Colorado Guardian Angels.

The word "shooting" refers to drug use, and that's exactly what Salo and his team found when they arrived to the scene. They approached young man, sitting in a parking lot with a needle in his hand.

The young man decides, at least while the Guardian Angels are around, not to inject himself with drugs.

Salo chalks it up a small win.

Back in the day, the Guardian Angels had a reputation of being a Robin Hood, while robbing drug dealers and donating that money to local shelters. The group started out protecting New York City subway riders in the late 1970’s.

The Colorado Guardian Angel chapter opened in Denver in 1993. Twenty-six years later, their numbers are dropping, their members are getting older and they’re losing their headquarters.

“The numbers have dwindled over the years,” Salo says of the Colorado Guardian Angels. “Instead of having 100 active, we have 25 maybe on the deep list; probably about 12 that are heavily active. And we’re aging. I’m 55 we have members that are as old as 70.”

Salo says while there are more Guardian Angels chapters across the country, the number of active members has stayed the same at around 3,000 since the mid-1990’s.

The angels are aging out, but there is hope to replace them.

“I’m kind of, right now, a rookie; fresh meat,” said Zane Salazar, who at 16 years old is following his father’s footsteps in becoming a Guardian Angel.

We reached out to several national and local law enforcement agencies for their take on the Guardian Angels. None of them wanted comment, but police departments typically don't encourage citizens to take the law into their own hands.

Their opinions on the Guardian Angels have been mixed over the years.