Texas alligator found swimming in lake with knife in head 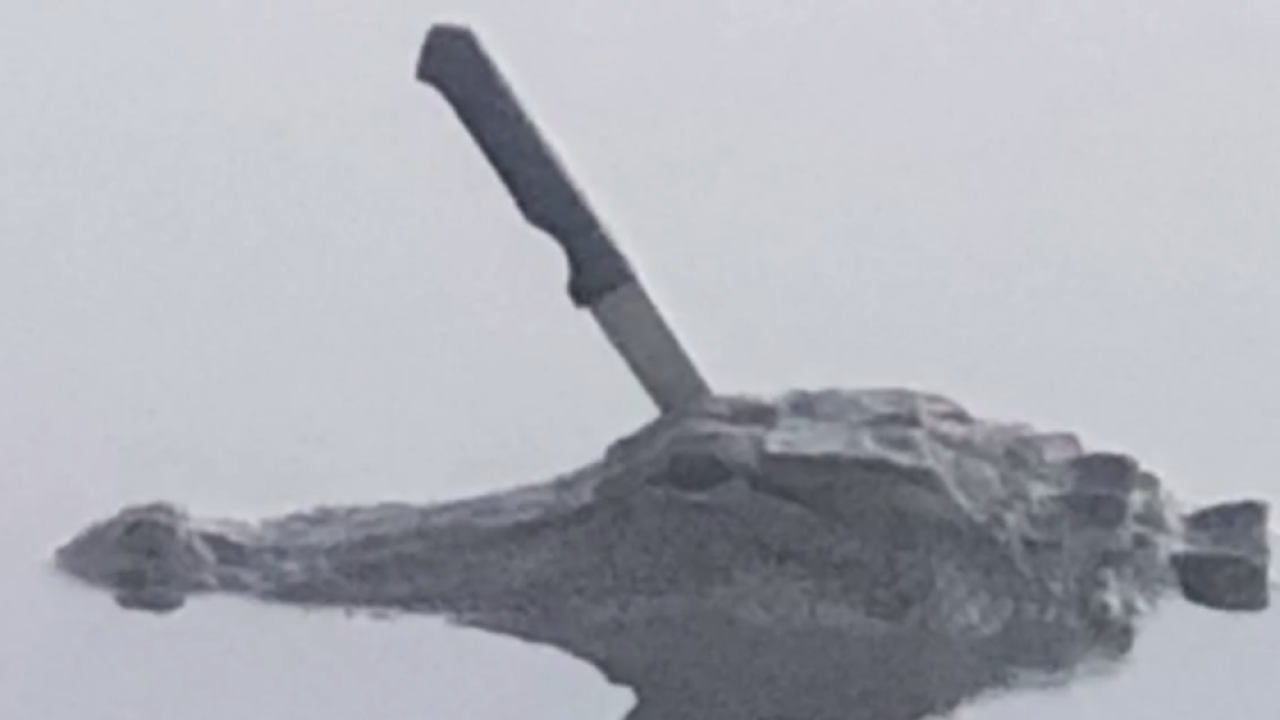 The American alligator populates nearly every swamp, lake and river (and occasional kitchen) in the southeastern US. But when Erin Weaver spotted one swimming near her Houston home, she suspected it was the one in danger.

"It looked like a steak knife that was sticking out of his head," she told CNN affiliate KTRK .

Alligators are frequent, almost welcome guests around the neighborhood. For the six years she's lived there, Weaver said she's never seen them act aggressively or attack , so she's not sure why someone would stick a knife in this one's skull.

"I feel that somebody did this on purpose."

A Texas wildlife agency is expected to check out the gator next week, but until then, Weaver and her neighbors are acting as its advocates.

"I want to get help for this alligator. I don't want to see an alligator swimming around with a knife in its head and suffering."

Luckily for the gator, it's one of the wild's most resilient species . Alligator skin is covered in osteoderms, or bony plates similar to a turtle's shell, that act as bodily armor, alligator researcher Frank Mazzotti told CNN.

Gator skulls are made of heavy, thick bone, too, so potential attackers have only a "very small target" to do serious damage. Otherwise, objects will get lodged in its skull rather than its brain, maiming but not killing the creature.

In most cases of injury, gators bounce back. The reptile's blood contains antibiotic properties, which speed up the healing process and render substantial damage as mere flesh wounds.

In other words, don't mess with a gator.

Mazzotti said he couldn't determine the extent of the damage for this particular gator. The length of the blade and its placement were difficult to decipher based on the photo.