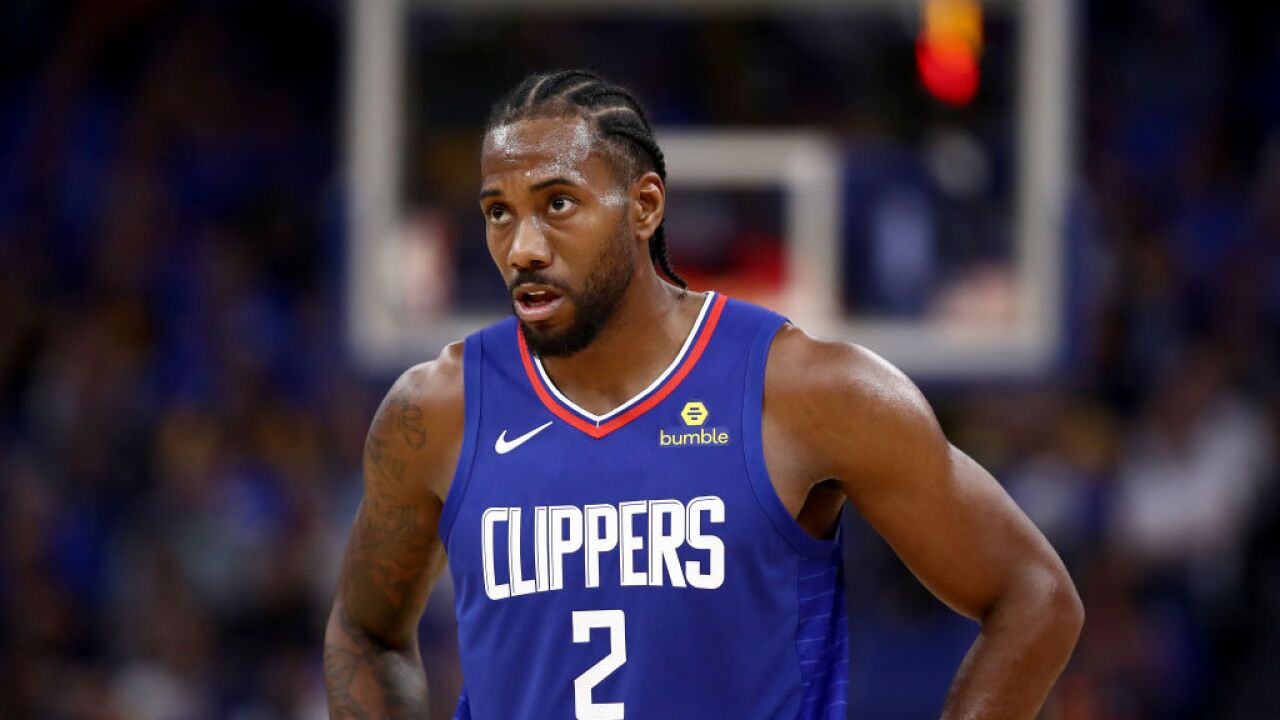 It is not a secret that tickets to NBA games are expensive. When that ticket gives you the opportunity to watch reigning NBA finals MVP Kawhi Leonard play, the price goes up even more.

So it is understandable why many were upset that Leonard sat out on Wednesday in what was initially described for "load management."

Following Wednesday's controversy, Clippers coach Doc Rivers was asked about Leonard's status. While he said that Leonard is healthy, the NBA claimed that Leonard has been dealing with a nagging injury.

For Rivers' comments, the Clippers were fined $50,000 by the league.

“Following additional review of the LA Clippers not playing Kawhi Leonard in last night’s game against the Milwaukee Bucks, the NBA has confirmed that the team’s decision to sit Leonard for management of an injury was consistent with league rules," the NBA said in a statement. "The team has reasonably determined that Leonard is suffering from an ongoing injury to the patella tendon in his left knee and has been placed by the team at this time on an injury protocol for back-to-back games.

“The NBA has fined the Clippers $50,000 for statements, including by head coach Doc Rivers, that were inconsistent with Leonard’s health status.”

In July, Leonard signed a 3-year, $103 million contract with the Clippers.

Despite the NBA's determination that the Clippers were managing a lingering injury, fans were frustrated that Leonard was unable to perform.

Imagine paying for a ticket weeks ago/months ago to see the Bucks vs Clippers only to find out the day of the game that Kawhi isn’t playing ??? Load management ??? ... you haven’t even played 10 games yet !!!

This is why I like the idea of ticket insurance, if you pay a crazy amount to see Kawhi or Lebron and they are sitting, you should get some of that price knocked down on the ticket

Hey @LAClippers I spent my entire month of income to buy tickets for tonight’s game my son is a huge Kawhi Leonard fan and now he isn’t playing? My son is 7 he is hysterical in tears won’t even get in the car to go to the game, what am i supposed to do now with my tickets? #NBA