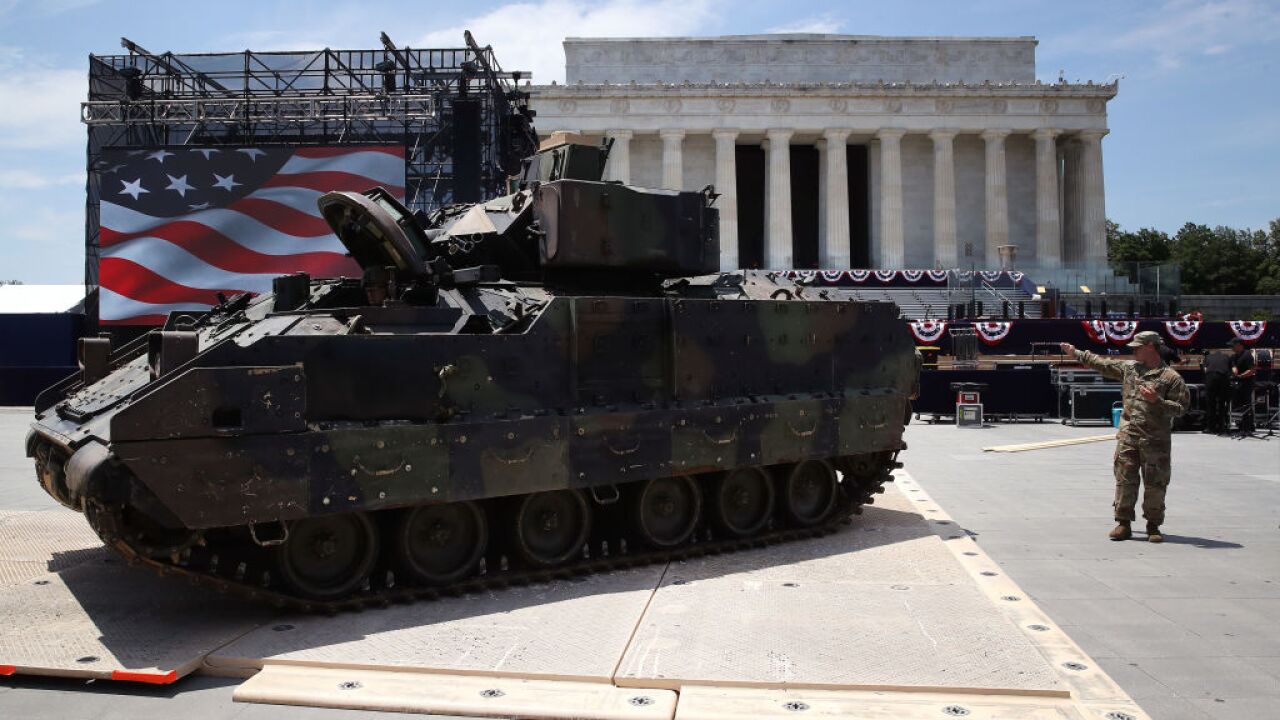 The threat of thunderstorms looms over President Donald Trump's Fourth of July celebration on the National Mall in Washington DC, but the Interior Department says the event will take place rain or shine.

Attendees can expect sweltering temperatures and partly cloudy skies when gates open in the afternoon Thursday. Temperatures should reach over 90 degrees, but with the humidity, it will feel more like 100. Chances of rain for the District should be about 50%, with the highest chance from 4 to 9 p.m. ET. The Salute to America events are scheduled to begin at 6:30 pm. and will conclude the day's festivities in Washington around 9.30 p.m. ET.

Molly Block, spokesperson for the Department of Interior, said in a statement on Wednesday, "We fully expect tomorrow's events celebrating Independence Day on the National Mall to take place rain or shine."

It's still a question whether storms, fueled by the heat and humidity, will form directly over the capital. But if scattered thunderstorms form above the National Mall, they won't move much and could lead to a few hours of lightning, strong winds and heavy rain.

Besides visitor safety, it's also unclear how rainy conditions would impact some of the main attractions of the event.

Military tanks, military flyovers, several showcases of military weaponry and fireworks are expected to be part of the festivities. The President is also expected to deliver a speech on the steps of the Lincoln Memorial during the Salute to America event. Protesters, including a group with a Baby Trump balloon , are expected to hold demonstrations around the National Mall as well.

Thursday's event has been touted by Trump for several months, inspired by his calls for more public displays of US military might.