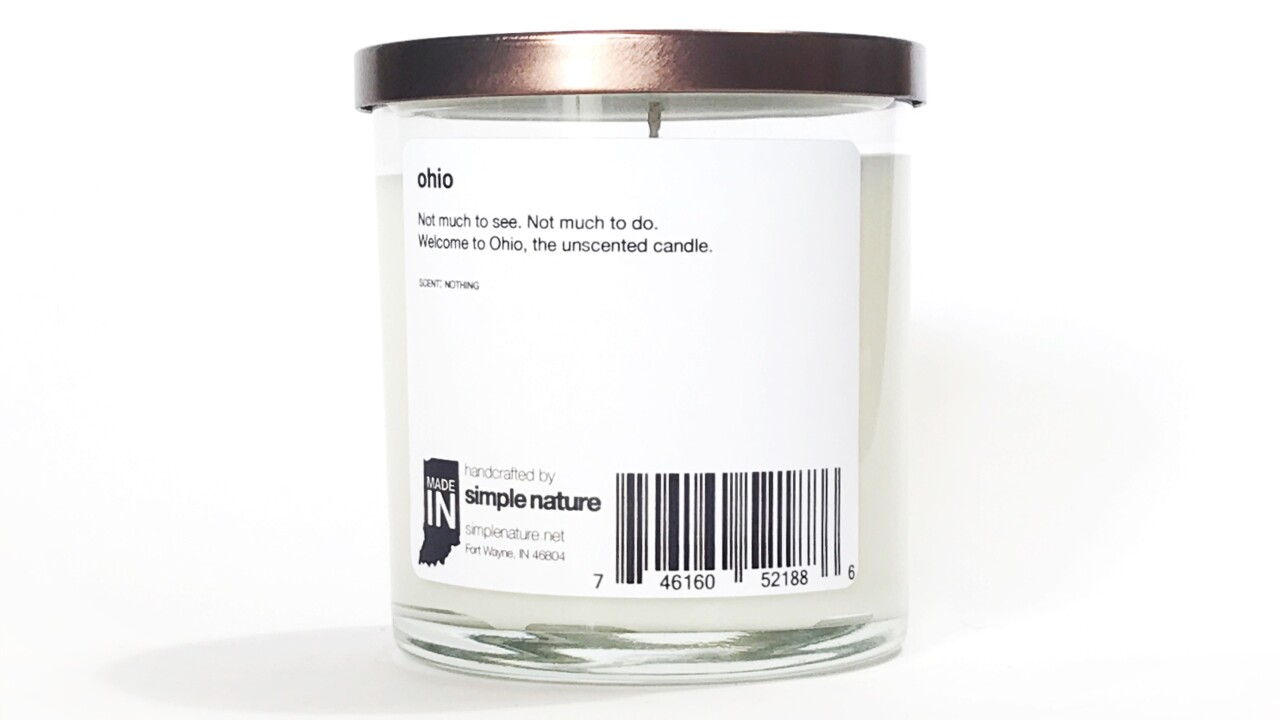 An Indiana candlemaker is burning Ohioans.

The candle company Simple Nature made a candle called Ohio.

In the description for the candle, it says "Not much to see. Not much to do. Welcome to Ohio, the unscented candle."

A Twitter user went viral after finding the candle in a store.

Owner Derek Taylor said he was shocked and amazed that anyone would care about the candle.

He said he is overwhelmed with how many people have been ordering the candle and that his store is a one-man show.

Taylor said the reaction has been overall positive.

"99.9% of people have been positive about the candle, but there are a couple of random people that are passionate about their love for Ohio, as they should be," Taylor said.

Taylor said he made the candle to poke fun at Ohio.

"I just thought it was funny. I'm from Fort Wayne, just a little jab at a friendly state. I'm probably projecting my own insecurities on Ohio from being a Hoosier," Taylor said. "There’s no ill-will, it’s all out of love. I could have called you Iowa."

Ohio state development services agency director Lydia Mihalik decided to come up with some scents about Ohio on her own.

Just a few fragrant ideas from all around Ohio for your next attempt at a candle. Because no matter what you are looking for you can Find It Here in Ohio! #Ideas #Innovation #Creativity #Kindness #Peace #Friendship #OhioFindItHere pic.twitter.com/PYJVClkNU6