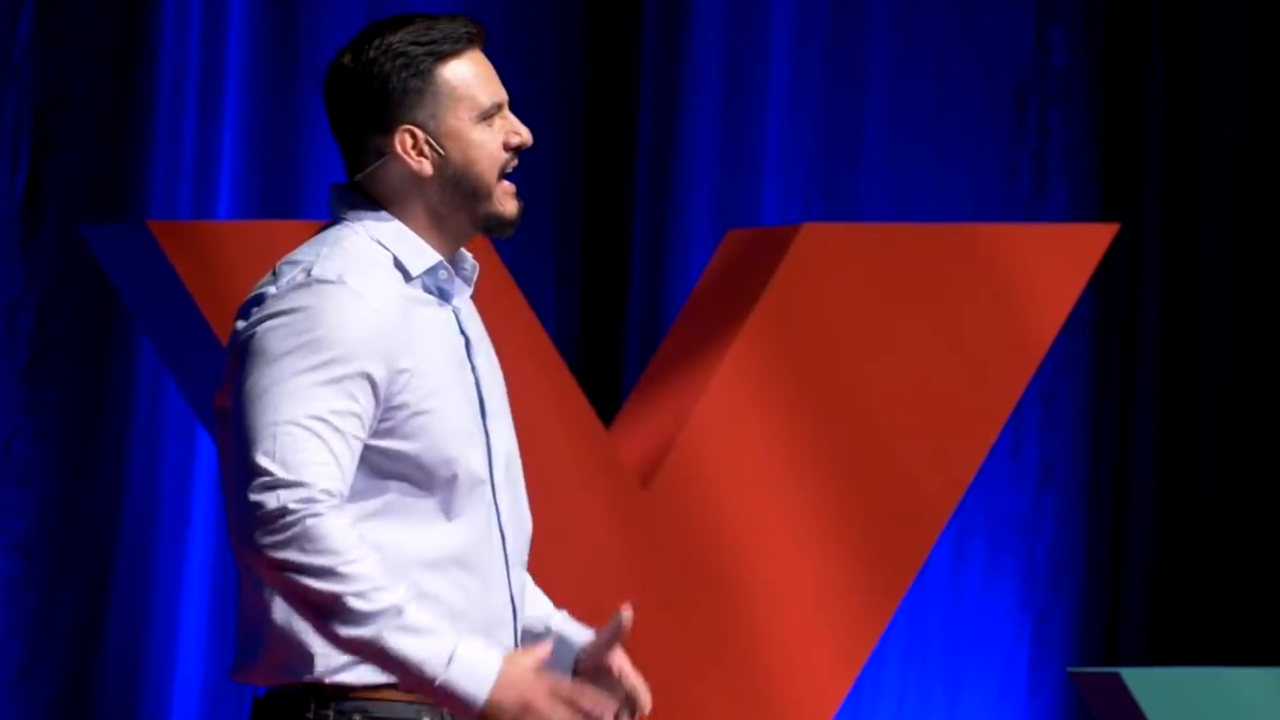 “You might have heard about them in the news--murderers, violent, destructive--and I can tell you that a lot of what you heard is true, because I used to be a member of MS-13," Gerardo Lopez shared in a recent TED Talk.

Gerardo Lopez's story isn’t fictional. The gang warfare and drive-by shootings are a part of his true-life story.

MS-13 is an international gang rooted in Los Angeles with ties to Central America. It's widely considered one of the most dangerous organized crime organizations on the west coast and Lopez spent years on the inside.

He carries pieces of his past wherever he goes; they're forever imprinted on his body.

However, that past carried him onto the stage or an unlikely appearance as part of the TED Talk series. Lopez was picked out of thousands of applicants to tell his personal story in a setting usually reserved for influencers, like CEO's, celebrities, and motivational speakers.

“Picture this: El Salvador -- the 1980s -- a brutally violent civil war, military soldiers kicking in front doors in the middle of the night," Lopez said.

Growing up in a rundown neighborhood, with very few programs at school, Lopez wanted to be part of a community with power, pride and respect. That community was right down the street.

“It was hard to find a different outlet... it was always there," Lopez said.

By the time he was a teenager, his life was already consumed by drugs, alcohol, and gun violence. Gerardo says some of his closest friends were killed.

He spent years trapped in that lifestylem until he was approached by a friend who'd found his way out of gang life.

"He approached me, and he said that he started the group Homies Unidos and I was like, 'whoa what's that, and I don't think I want to go ahead and join that, ya know.' And he was like 'well, you should go ahead and give it a try' and he was a former MS-13 gang member... a person I looked up to," Lopez said.

Homies Unidos is a violence prevention and intervention organization.

"It's a group that opens up the doors for kids that want change in their lives, or they feel lost," he describes. "They feel that nobody listens to them. They feel isolated at times."

Lopez says being a part of Homies Unidos, and becoming an activist against gang violence, gave him more power, pride and respect than he had ever experienced with MS-13. So much so, that years later, he felt inspired to become a director of the organization in 2016.

Homies Unidos prevents kids from entering gangs and helps those already in gangs to get out. The goal is to guide kids so they can relate to each other, teaching them to become a productive member of society.

Sergio Gomez started attending the group after having issues in school. He says the group saved him because he's now graduating

As a leader of the peer-led group, Gomez says he's able to help others who are facing the same challenges.

“I’m like, 'bro, why are you leaving? Just stay in school because it's better for you. What are you going to do on the streets, nothing? So keep in class,’” Gomez said.

Gomez aspires to be like Lopez, potentially starting his own Homies Unidos chapter and maybe one day delivering his own motivational speech.

As for Gerardo's TED Talk, it's been watched more than 3 million times on YouTube, providing a glimpse at why getting out of gangs can be difficult -- even deadly -- for kids without any other options.

“A lot of people that didn't know now know the work that we're doing in gang intervention, and how important it is to go ahead and do this kind of work. And humanize those that some people at times demonize. People just want to belong… to be a part of something. We are the ones that can help them find it " Lopez said.

Prior to his work with Homies Unidos, Lopez got a degree in criminal justice, and worked as a counselor at a youth detention facility.

If you have any questions or comments for the journalist of this story, please contact Elizabeth Ruiz via email at elizabeth.ruiz@scripps.com