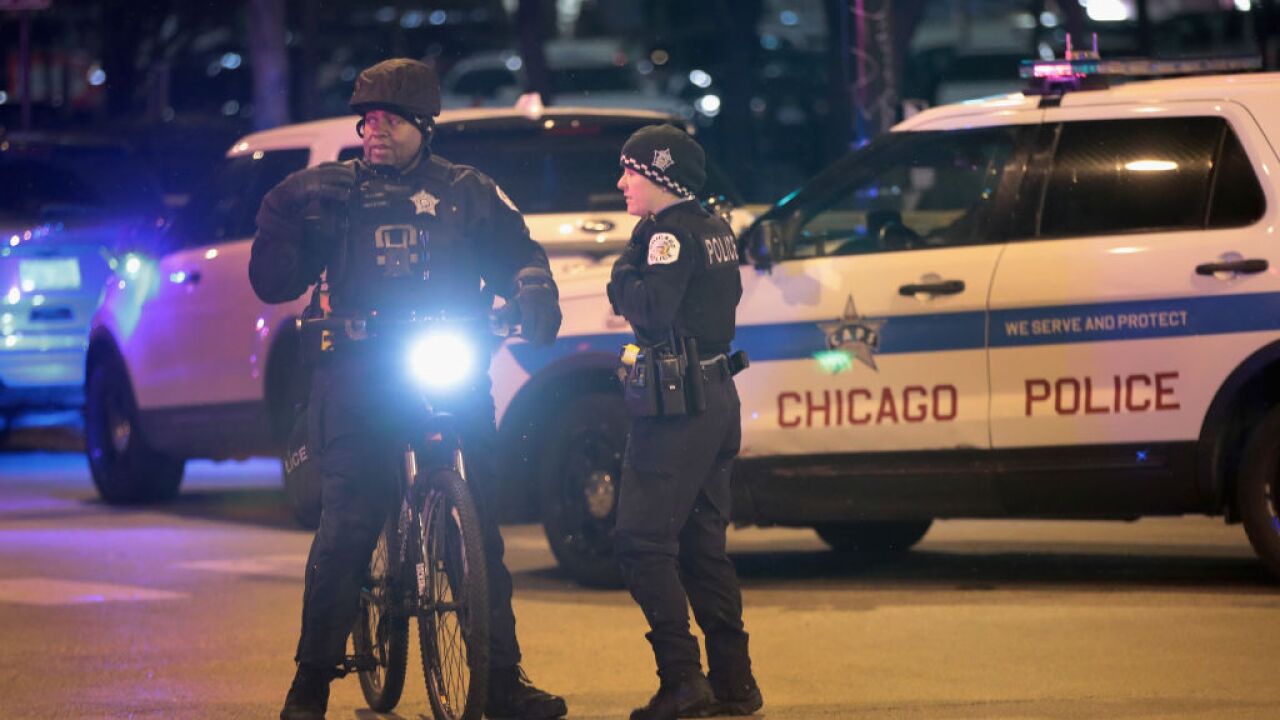 A confluence of factors led to 52 people being shot, 10 fatally, in Chicago over the weekend, including gangs, drugs, an ineffective justice system and a season of hot weather that often ushers bloodshed into the city, the police chief said Monday.

"Despite the investments and progress in safety, weekends like this remind us all of the challenges that we face and that they are complex and profound," Police Superintendent Eddie Johnson told reporters.

In addition to seeing gangbangers settle conflicts with firearms, officers in the northern part of the city witnessed "tensions related to the open-air drug market that's occurring on the West Side," Deputy Chief Al Nagode said.

After some of the gang violence on the West and South sides spilled into other neighborhoods, Johnson said, police increased patrols to stave off chances for retaliation. Police seized 92 guns, doubled the confiscations for a normal weekend, and made 18 gun-related arrests, the chief said.

Yet despite the Chicago Police Department's efforts -- which includes planting department brass among patrol teams -- Johnson said his officers need help from the courts and the community, especially during the summer months in which the city typically turns so violent.

That Johnson's commanders were nearby when some of the shootings occurred -- one district commander was half a block away when someone was shot on Central Park Avenue -- demonstrates how brazen the gunmen are, the superintendent said.

"We cannot -- can't -- do this without the support of the community or a unified criminal justice system that keeps gun offenders out of our neighborhoods," Johnson said. "We know who a lot of these people are, and how do we know that? Because we keep arresting them ... so until we hold violent offenders accountable the way that they should be, we're going to continue to see this."

He said half of the people arrested on gun charges are back on the street within a week. Asked to provide a breakdown of that figure, Johnson urged reporters to research it for themselves.

His message, however, was clear: the Chicago Police Department is doing everything it can, but it needs the city to embrace an "all hands on deck" approach that includes residents, business leaders and community groups to do their parts, he said.

The violent weekend came as the department announced Saturday that crime was down 9% in the first five months of 2019, compared with the same period last year.

A statement released early Saturday said murders were down 7% and shootings were down 13% from January 1 through May 31, compared with 2018.

There were 186 homicides through May 31, compared with 200 in the same period last year, according to a CPD statement. The department announced a 10% decrease in homicides in April.

"(I'm) bringing in the superintendent, the deputy chief of patrol and any other commander whose district saw an uptick in violence over the weekend," Lightfoot said.

Speaking to WLS on Sunday, Lightfoot said, "The level of violence that we've seen across the city is just totally unacceptable."

Chicago has launched numerous efforts to curb the gun violence.

In April, the department launched a summer safety plan that included increased deployment in high-traffic areas and "tech- and data-driven" law enforcement efforts.

Johnson said in April that he thought the department was "well-prepared to keep the city safe this summer."

In a Saturday statement, he said the CPD "can always do better but I believe that our officers work diligently to provide consistent and fair policing in all of our neighborhoods and our efforts are paying in dividends."