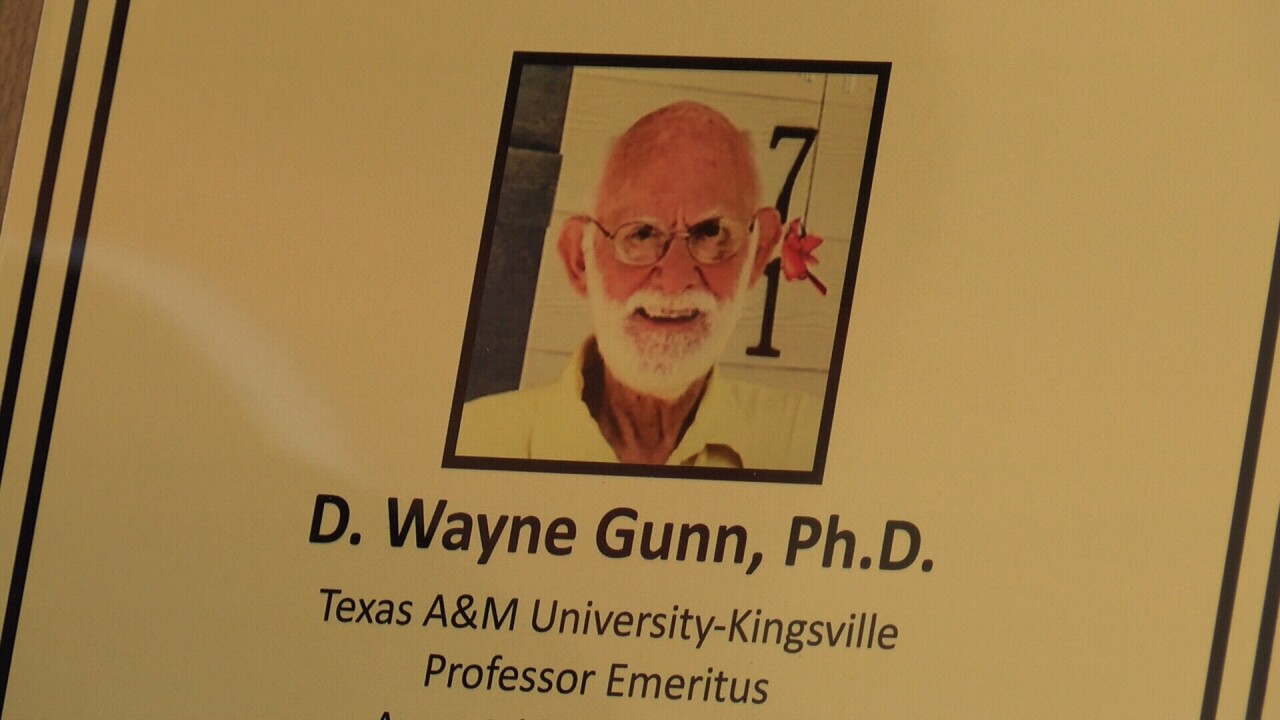 During a news conference this morning, the Texas A&M University-Kingsville Foundation announced the late Dr. Drewey "Wayne" Gunn left his $1.3 million estate to the university's veterinary technology program. His family said Gunn loved animals and wanted to honor his parents.

So, the former English professor left his estate to the veterinary technology program, and it will be used to create the Jo and Bruce Gunn endowed professorship in honor of his late parents. The program trains veterinary nurses.

The program's director Dr. Clayton Dale Hilton said he met Dr. Gunn four months before he died. Hilton recalled how Gunn liked to walk his dogs on campus. One day, Hilton invited Gunn to visit the facility where students take part in what he calls "very hands-on programs". He recalled how Gunn was impressed with the program and its students.

"He understood the value of a good veterinary nursing program and what we're doing here and he really wanted to support that," Hilton said, "It was a conscious effort on his part to ultimately support the veterinarian technology program."

Hilton said the financial endowment will immensely help his students.

The program's director says there are only 22 four-year veterinarian nursing programs in the nation and Texas A&M-Kingsville's Veterinary Technology Program is the only one in the state of Texas.

"It is the only one that has an emphasis on large animals and wildlife on top of the base material that we teach on dogs and cats," Hilton said.

Hilton said the endowment will be used to hire more staff to help its students.