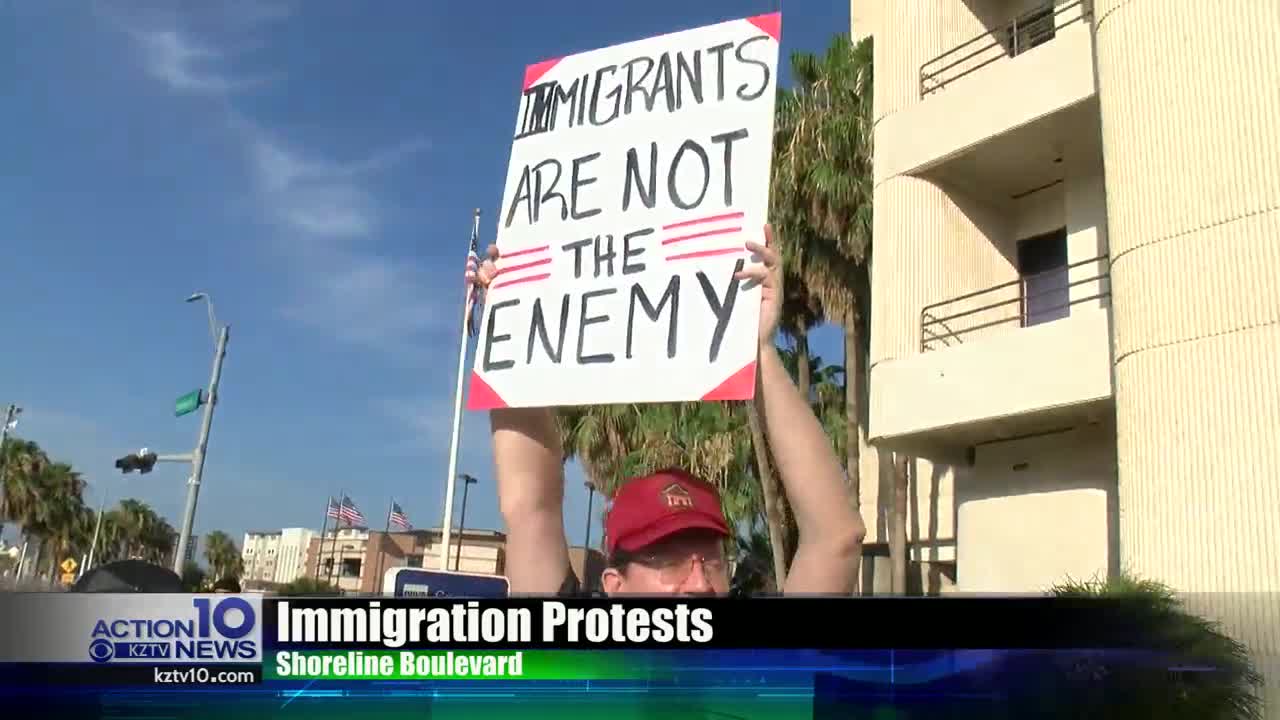 CORPUS CHRISTI, Tx — Protests over the conditions at migrant detention centers were held across the country today.
Picketers want President Trump to release migrants in custody.
And a group of union members, civil rights activists and community leaders took part in a protest as well. The group gathered outside of Congressman Michael Cloud's office on Shoreline Boulevard.
Organizers say they're united in calling attention to the treatment of migrants in detention centers along the border.

"Asylum is legal in this country, the right to seek asylum is a long held belief and right to come into this country," added Becky Moeller.

The protests come on the same day that a new report was released from the Homeland Security Inspector General. In it, reports of dangerous overcrowding at several detention centers in the Rio Grande Valley. Some of the detention centers do no have showers or hot meals for children.

Local protest organizers asked to meet with Congressman Cloud but were told he was not available.