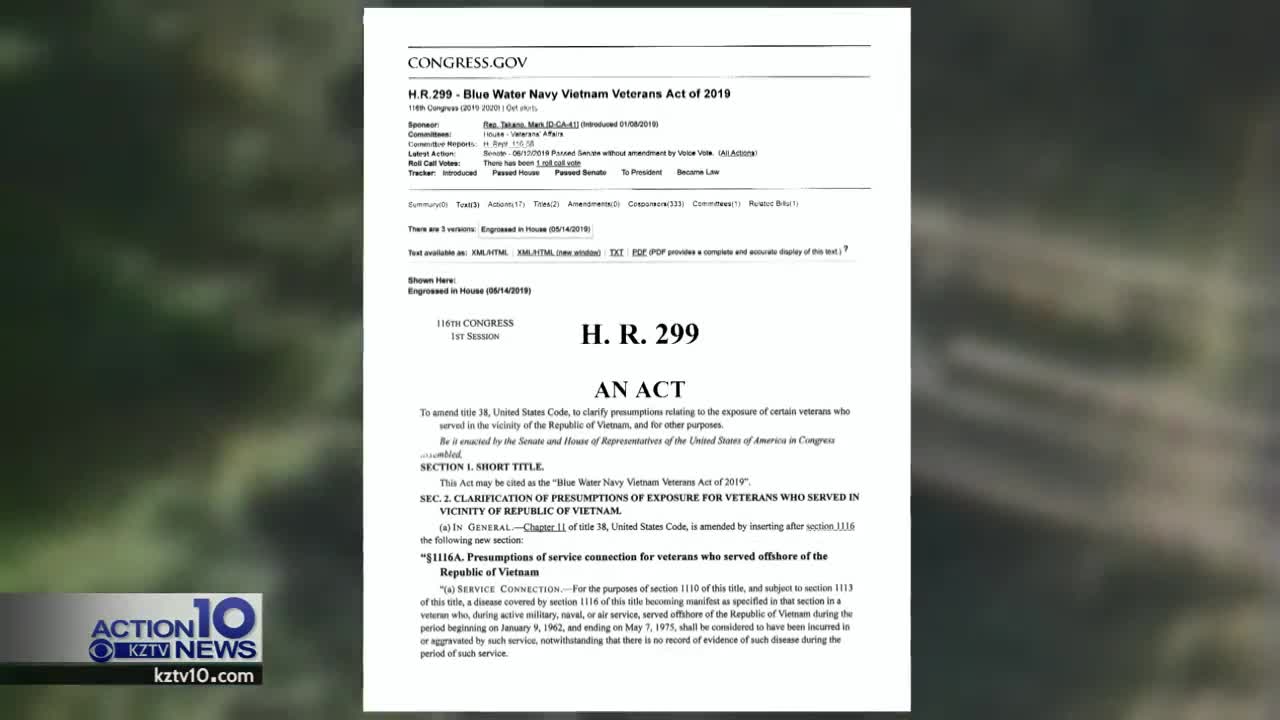 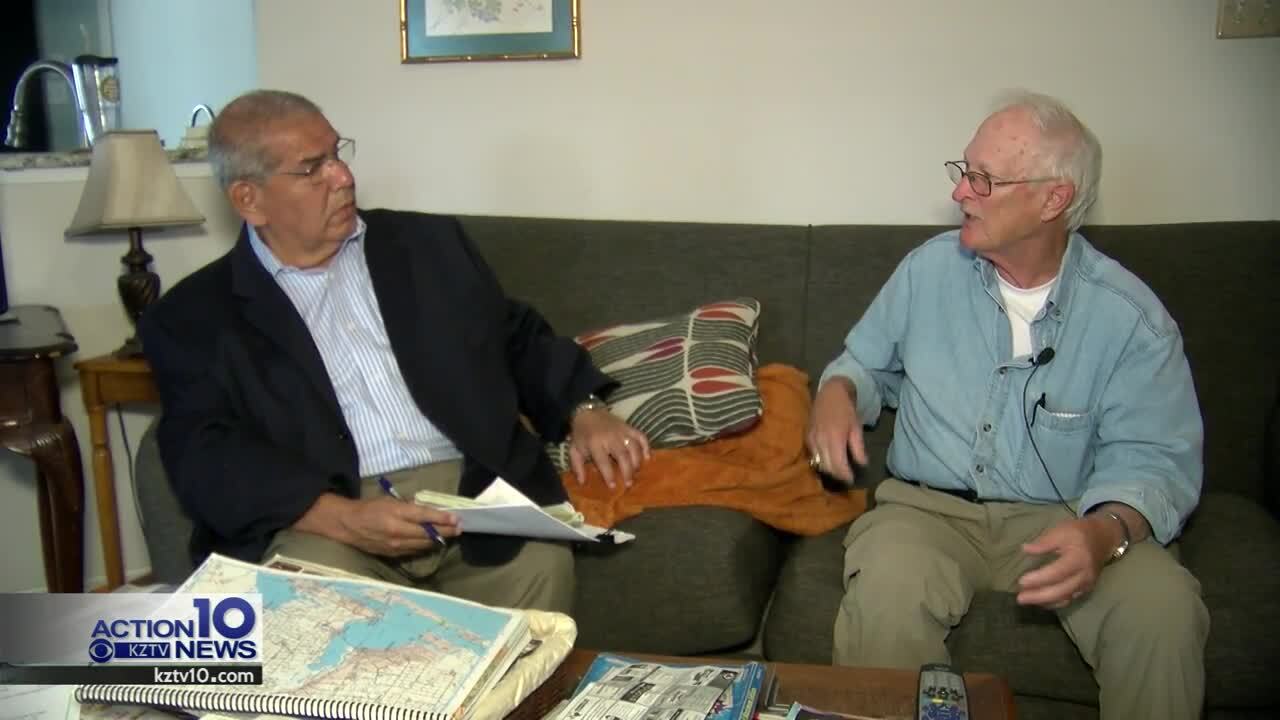 It's purpose is to provide additional benefits to Navy veterans and their families.

Tonight, one of those vets, talks to Action Ten News about the new law, and how it is so long overdue.

"You have a tremendous sense of pride about what you did, don't you ? Yeah I do. I do," an emotional retired US Navy Captain Ty Sigler told us.

He retired after 30 years of proudly serving his country, and is now living in the Coastal Bend.

He did 4 tours in Vietnam, serving on various ships, including the USS-Halsey and USS Dubuque.

"Blue Water is somebody that was never in country. They could be right up to the shore, but never have boots on the ground," he explained.

Advocates of HR 299 have argued that veterans who served offshore were susceptible to Agent Orange due to runoff into water that veterans on offshore carriers used for basic needs like drinking, bathing, and cooking.

Sigler knows all about it because he's one of an estimated hundreds of thousands who stand to realize these new benefits.

Now 77, he suffers from the same medical issues many of those he served with in Vietnam suffer from, like prostate cancer, diabetes, high blood pressure, loss of hearing, skin cancer.

"Up until now, only those who served on land have been automatically eligible to receive care. And so what the Blue Water bill does is, it extends to those who served in the region just offshore. Many of them drank the water that had the runoff, or handled it on the ships."

But it is still unclear how or when these new benefits will be handled by the Veterans Administration.

The benefits in HR 299 also extend to children of certain Navy veterans.

You can see the entireHR 299 Bill here.