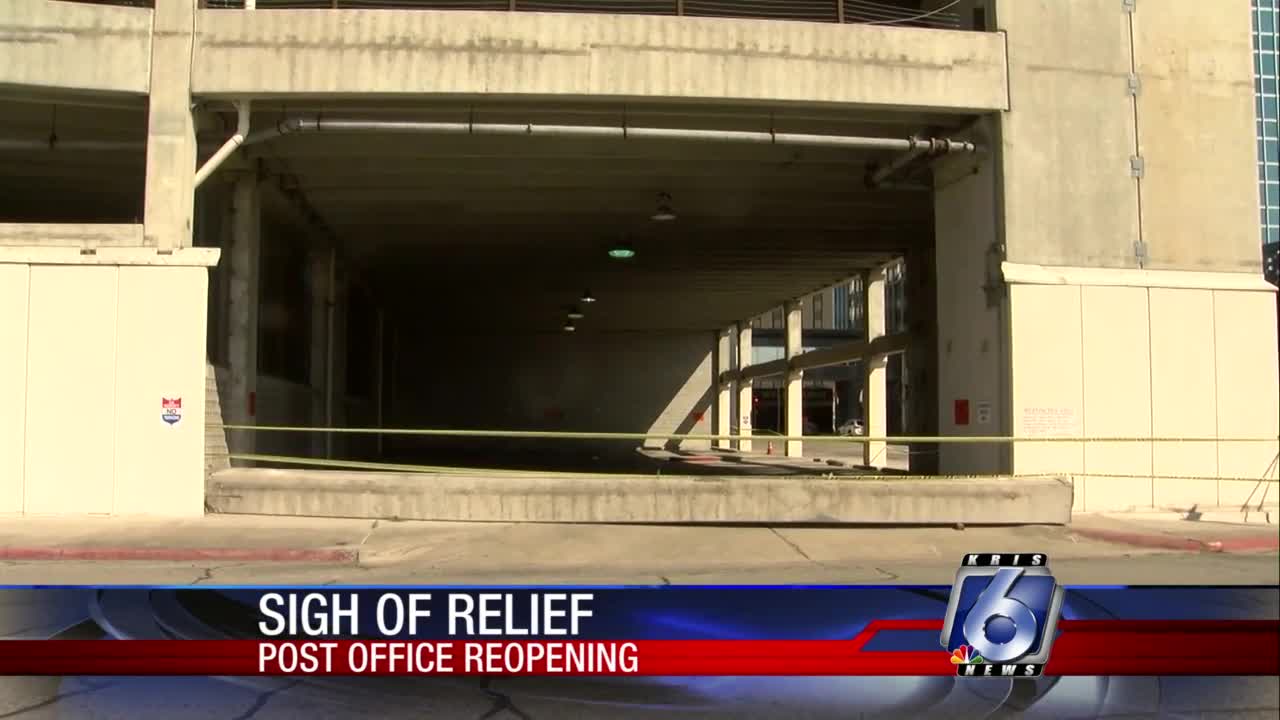 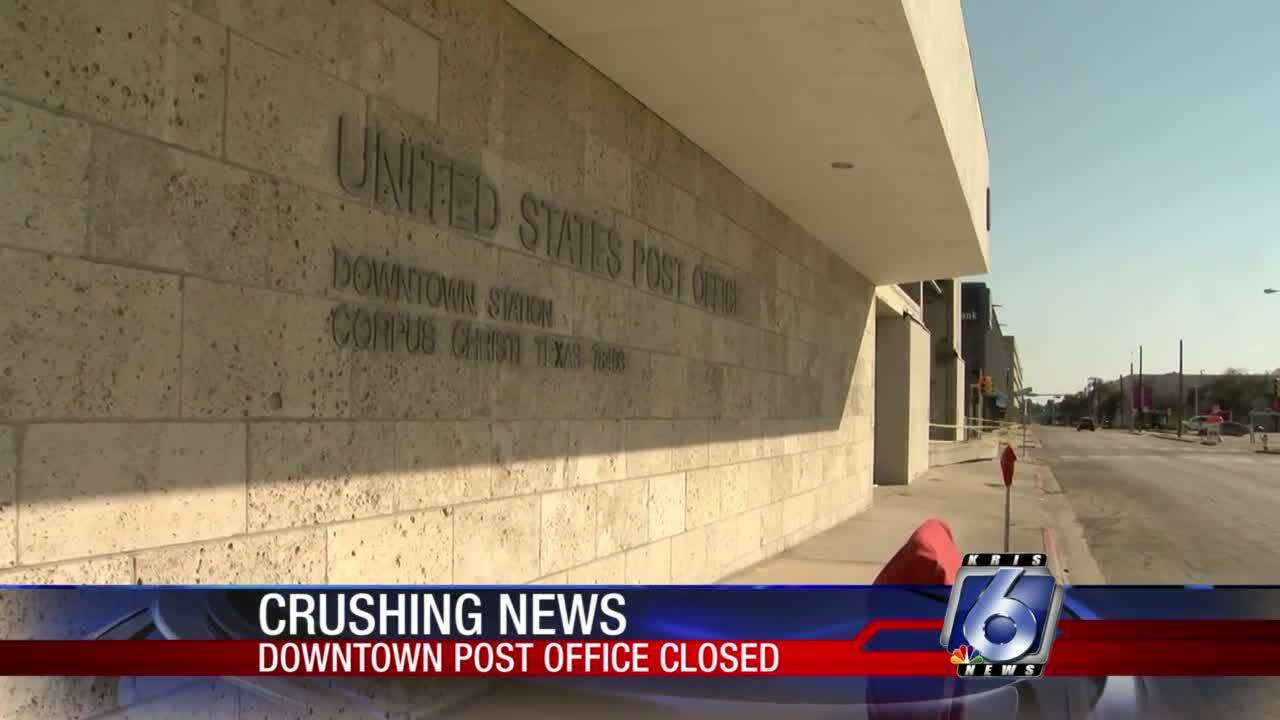 Update: The PO box lobby of the downtown post office has been re-opened, the customer lobby will reopen later this afternoon and the post office will return to full operations by Saturday.

Ed Rachal Foundation Chief Legal Counsel Myra Morris said there had been no restrictions on the post office reopening since Tuesday. "We were out there yesterday and they had their own engineer stop by."

Morris told us that last night she received an email at 5:45 p.m. from the post office that said, "the facility had been cleared to resume operations."

The Downtown Station post office customers picking up their mail at the Dr. Hector P. Garcia Main Post Office on Nueces Bay Boulevard were happy to hear they may not have to log the extra miles too much longer.

"Having to come all the way over here is not OK," post office customer Vanessa Saravia said. "Hopefully they open."

Morris said the post office should re-open Thursday. The Ed Rachal Foundation owns the building that houses the Downtown Station of the United States Postal Service.

It was closed after Morris said a contract driver for Amazon drove into a restricted area. While backing out, the truck got stuck under a concrete beam, causing it to fall.

Mayor Joe McComb, who uses the N. Tancahua Street location, was overjoyed when KRIS 6 News told him the information Morris gave us.

"Oh man, that's great news!" he said. "Just the street talk was -- when we were out at Nueces Bay picking up mail, somebody says it's going to be until Christmas until they get it picked back up. And I said 'Oh man, that's awful. If it's tomorrow -- woo! Christmas came early. So that's good."

Attempts to confirm the Thursday reopening of the post office were not successful. No one answered the door at the local postmaster's office, and two higher-ranking postal service officials did not provide definitive answers.

Some Downtown Station post office customers who have post office boxes they can't access right now with that facility closed are taking the uncertainty about it reopening in stride.

“It’s not too inconvenient," Guadalupe Garza, Jr. said. "I understand they have to do repairs and all of that stuff there. I’m okay with it. You know it’s just things that happen.”