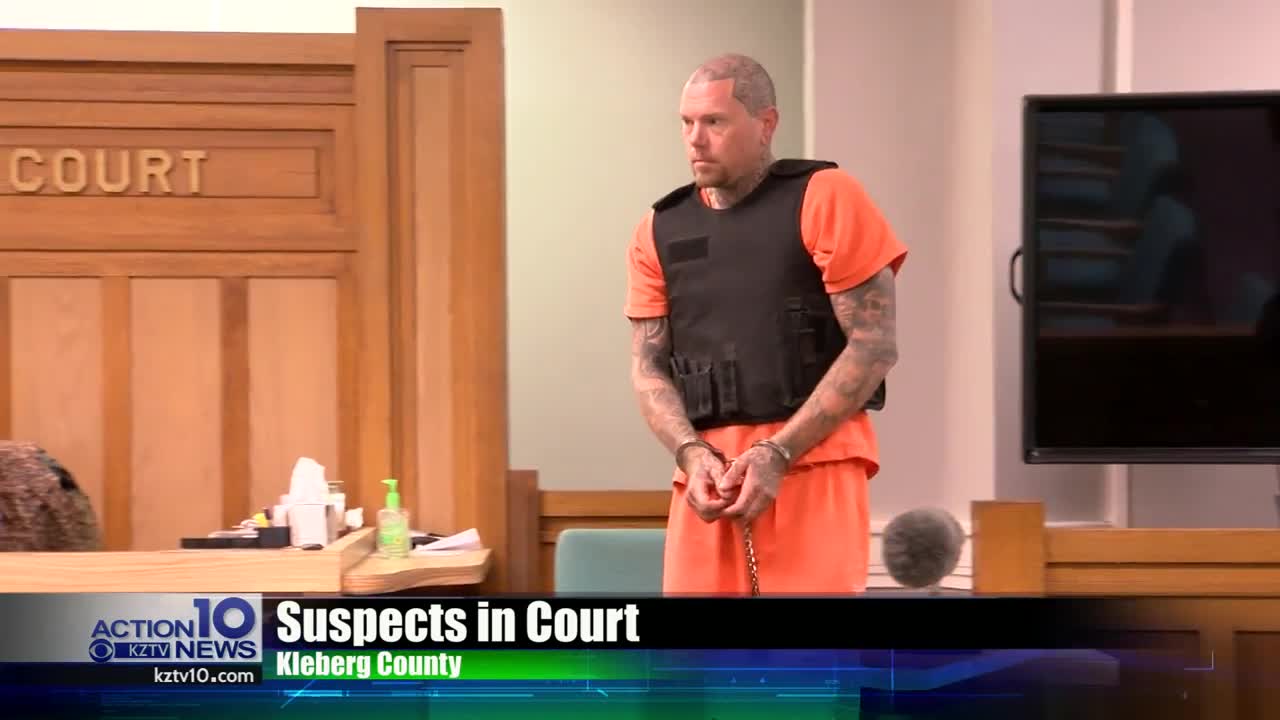 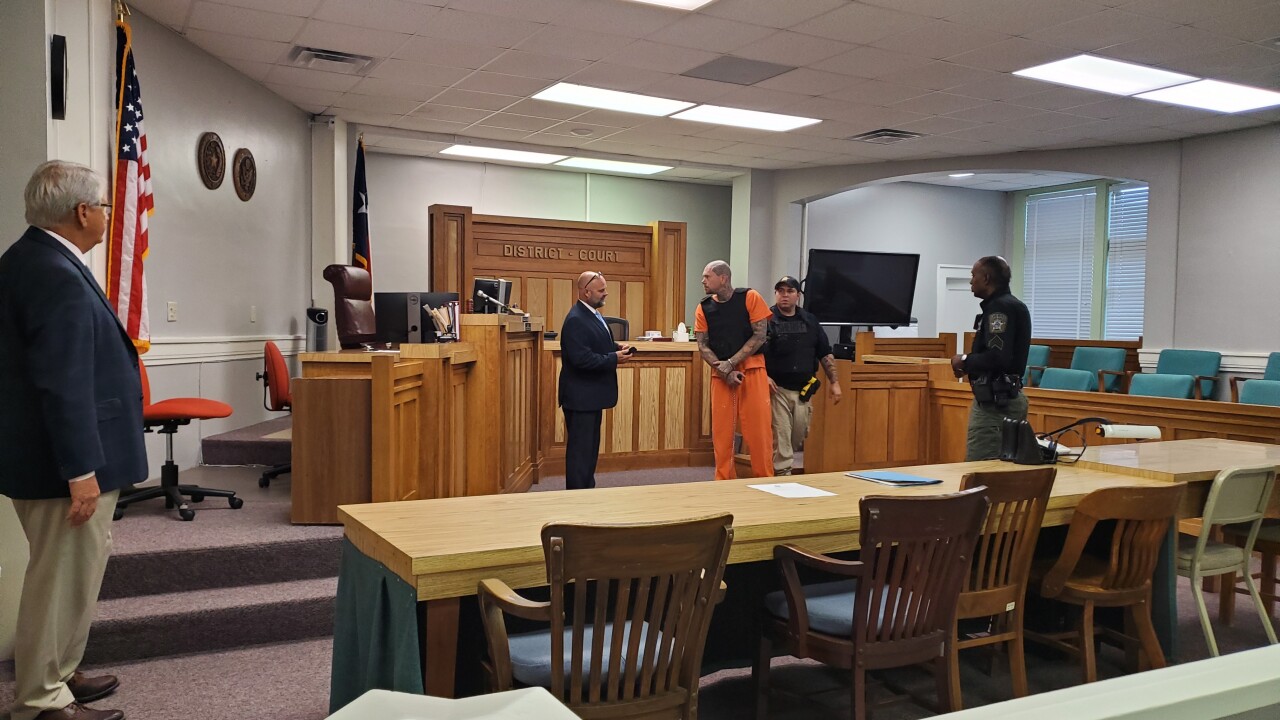 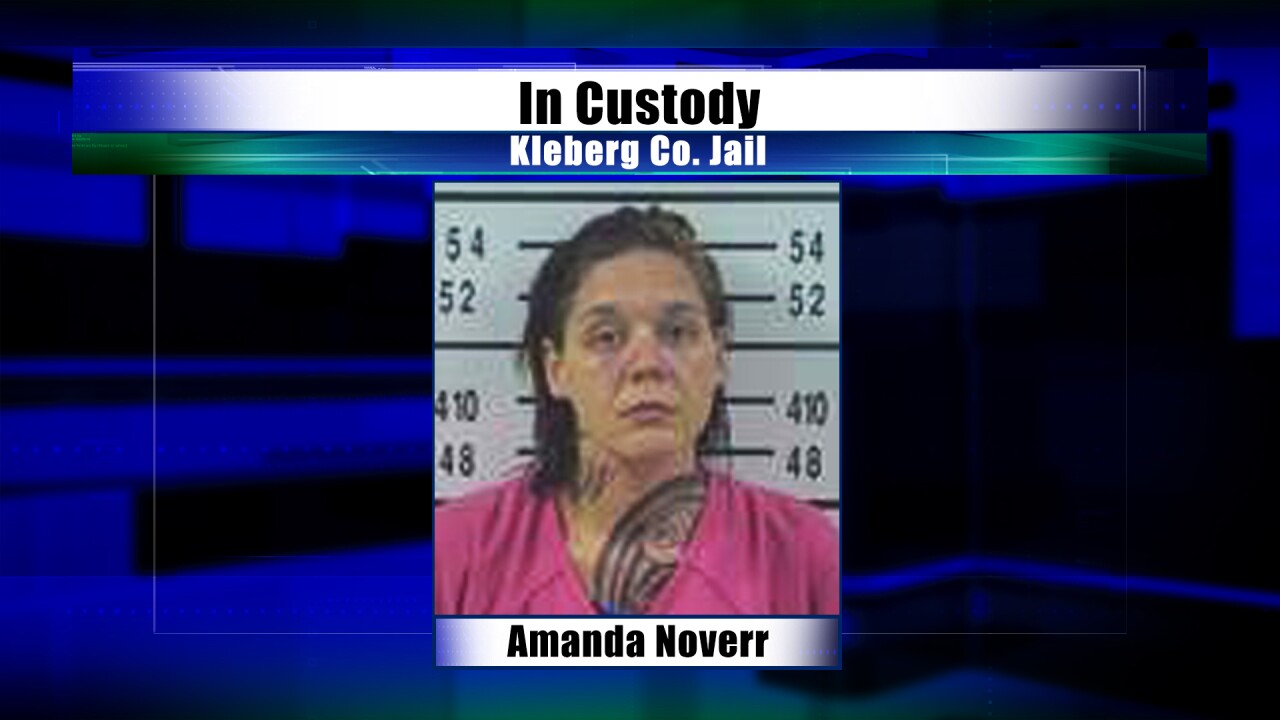 Williams was wearing an orange jumpsuit and fitted with a bullet proof vest. He was cooperative and soft spoken when speaking to the judge.

Judge Pulcher read the charge for Williams which is felony theft -- a third degree felony.

This is in connection to the James and Michelle Butler double homicide case after their truck and RV was allegedly stolen by Williams and driven across the U.S./Mexico border at the Eagle Pass Port of Entry on Oct. 21.

The Butlers were reported missing Oct. 23 and their bodies were found days later in a shallow grave on North Padre Island.

The judge then read Williams his rights. Williams agreed to not having a source of income before the arrest.

"At this time I do order that you do qualify for a court appointed attorney," Judge Pulcher said.

Williams agreed to the appointment.

The files were handed over to Stolley and he immediately stated his motions to the judge.

"I do have a motion for a gag order to limit parties from speaking to the press among other people including law enforcement," Stolley said.

Kleberg District Attorney John Hubert responded saying with the exception of the gag order they wanted a three day notice prior to the hearing for the rest of the motions.

"Your honor we do also object to the cameras being in the court room based on the sixth amendment right to a fair trial," Stolley stated.

He said this was because of the pretrial publicity.

Williams was then escorted to the jury room to meet with Stolley in private.

Deborah van Loon, James Butler's sister, said she is glad both WIlliams and Noverr are in custody.

After a brief pause, Amanda Noverr -- Williams' passenger in the Butler's stolen vehicle -- then entered the courtroom in a pink jumpsuit with shackles around her ankles. She was also fitted with a bullet proof vest.

She was sworn in and magistrated. Like Williams, Noverr was also charged with felony theft and has a $1 million bond at this time.

Noverr also qualified for appointment of council since she stated she could not afford one.

Local attorney James L. Story stood next to Noverr and was handed over her file.

They proceeded to the jury room to meet and court was adjourned.

Noverr was deported to Houston Thursday and booked into the Kleberg County Jail at 3:09 a.m. Friday morning.

Both Williams and Noverr are from Utah. Authorities say they still do not know what ties the pair has to the Corpus Christi area.

Van Loon said her family's lives are all on hold at his moment.

"That's the hardest part," she said. "Is that waiting and trying to figure everything out and our heads are reeling and the grieving and the exhaustion. We're just all trying to get it together and do what we have to do. But yeah, it's frustrating in that sense."