Counterfeit money exchange on the rise at garage sales 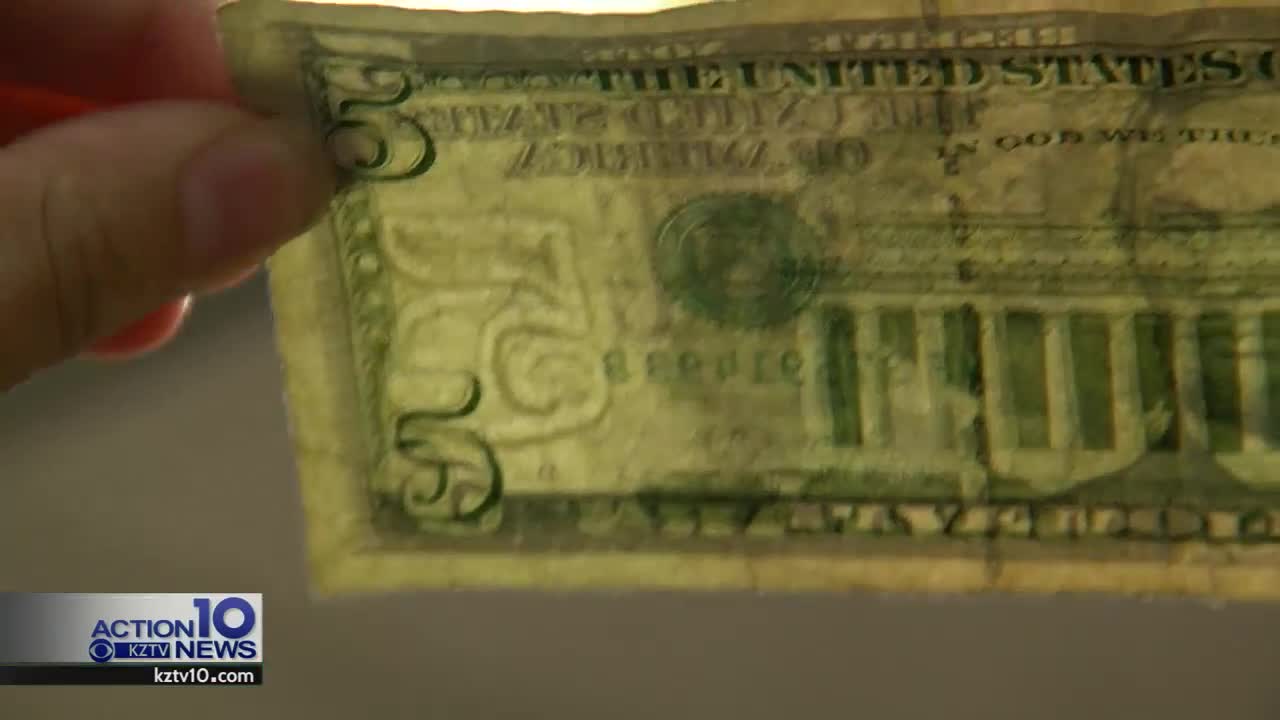 Counterfeit money has been making its way through garage sales. The Corpus Christi Financial Crimes Division says there's been an increase of counterfeit money cases lately.

The Crimes Division is warning anyone exchanging cash to be extra vigilant about checking the bills they're handed. They say those bills should have features that are clear, distinct and sharp with raised edges and texture. Blurry, uneven printing on smooth paper is a giveaway that .

Local couple Robert Algeo and his wife recently fell victim at a garage sale. Robert says his wife realized they'd been handed counterfeit money this past Saturday after feeling the money. He says his wife had been trained on identifying fake bills at previous jobs.

The Algeo's reported the bills to the police department which resulted in the department warning the community via Facebook. More victims began sharing similar experiences after that.

"The great majority of the time, these bills are so bad that they are looked at and recognized right away. Whether it is uneven edges or ink that smears. Genuine bills should never have ink that smears," said Marcus Garanzuay, Detective with Financial Crimes Division.

Detective Garanzuay also says bills marked with "For Motion Picture Use Only" have been passed along as real money. These bills are available for purchase online.

And it turns out the detection pens only work on wood based paper.

"More and more criminals are bleaching bills of small denominations and printing them out to appear to be bills of larger denominations which make these counterfeit detection pens not very reliable," said Detective Garanazuay.