Another person has been arrested in connection with a body dumped near Portland.

Last month, the body of 27-year-old Alfredo Vasquez was found in a creek by pipeline workers on County Road 2004. The San Patricio Sheriff’s Office says he was fatally shot.

A week after finding the body, officers arrested 28-year-old Belynda Nadine Pena Garcia in connection to a home invasion robbery in Ingleside.  The Sheriff says digital and DNA evidence linked the robbery to the homicide case of Alfredo Vasquez.  Garcia was charged with Aggravated Robbery in connection to the home invasion.  Her bond was set at $100,000.

The Sheriff’s Office says a car that was possibly used the Ingleside home invasion was processed this morning by Forensic Investigators.  They believe it may have also been used in the body dump. 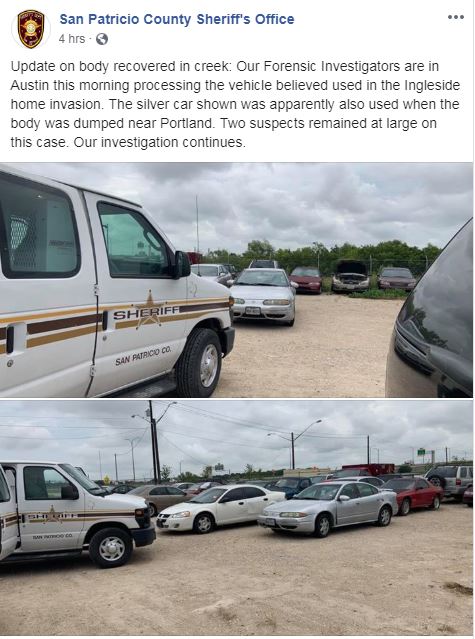 A search continues for a third suspect.