Five first responders were recognized yesterday for saving the life of a 77-year-old Aransas Pass man earlier this month. 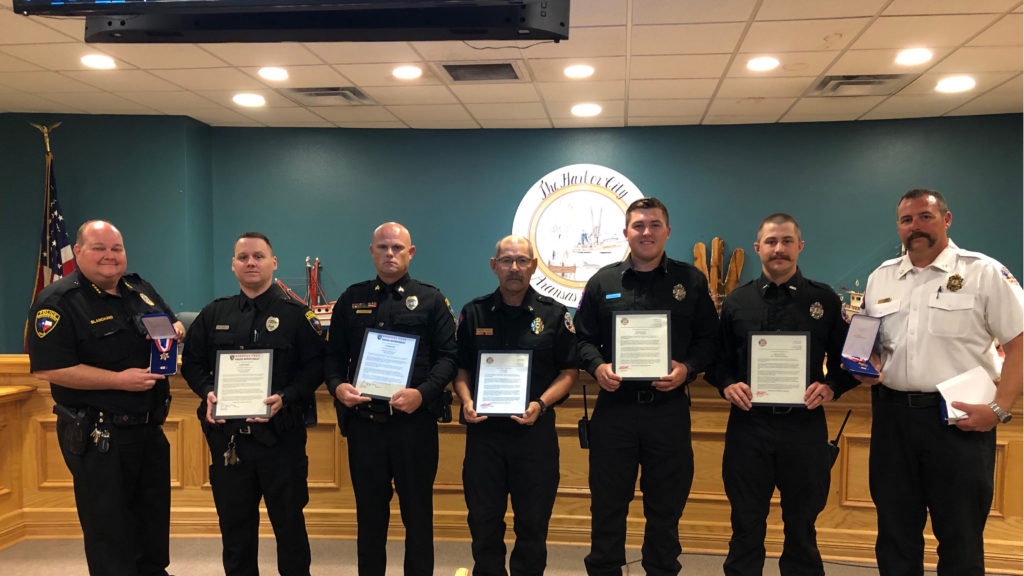 Sgt. Travis Baker and Ofc. David Piper of the Aransas Pass Police Department, along with Capt. Juan Cruz and Firefighters Matt Willhelm and Kade Norman of the Aransas Pass Fire Department were awarded the Law Enforcement/Public Safety Lifesaving Medal at a city council meeting Monday evening for their lifesaving efforts to revive an elderly man who was found not breathing, with no pulse on May 9 at an Aransas Pass home. 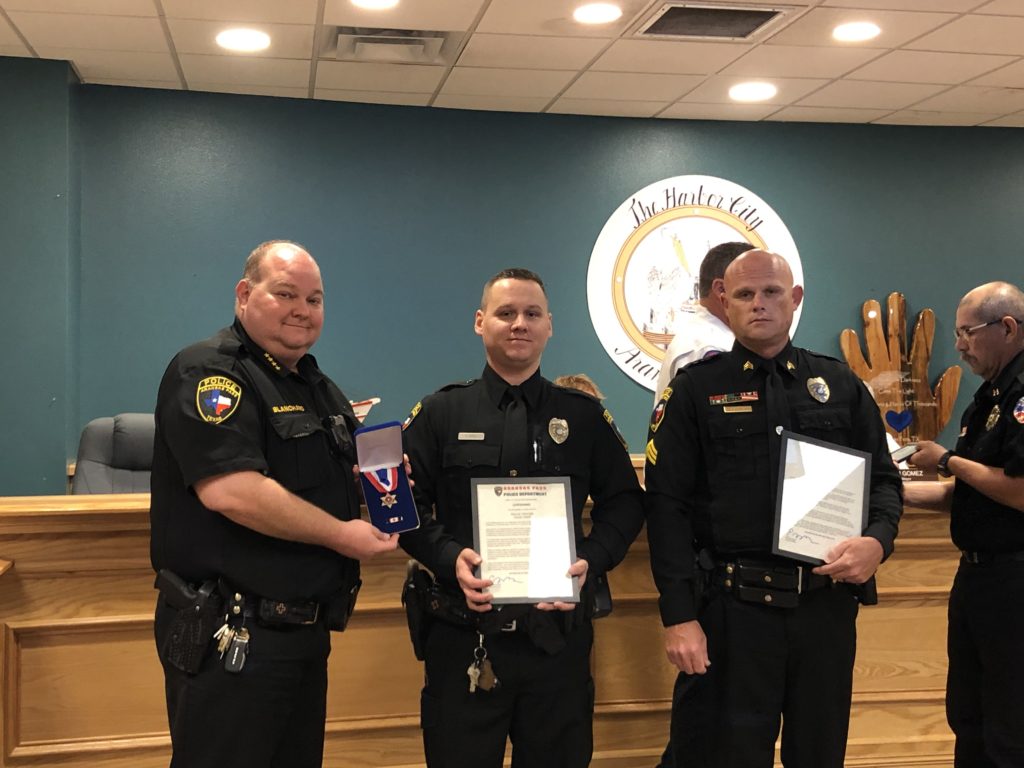 According to APPD, upon finding the man, officers and firefighters immediately began administering life saving measures, continuing with CPR and rescue breathing until Tri-County EMS arrived to transport the man to the hospital. 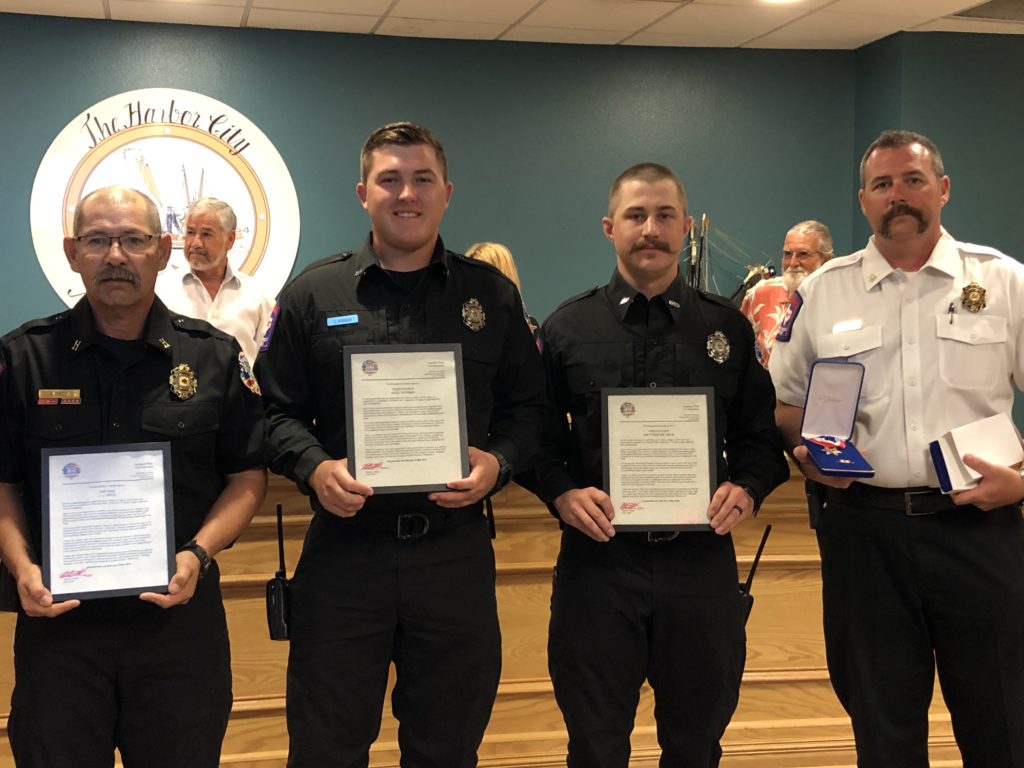 Responding paramedics said the man’s pulse did not return until he was en route to the hospital, attributing his recovery directly to the efforts of the officer and firefighters.

The man has since returned home, able to live without the assistance of medical lifesaving equipment.

APPD says the Law Enforcement/Public Safety Lifesaving Medal is presented anytime an officer or firefighter saves the life of another person.