Firefighters, paramedics and citizen-heroes were honored today for selfless acts in service of the city. 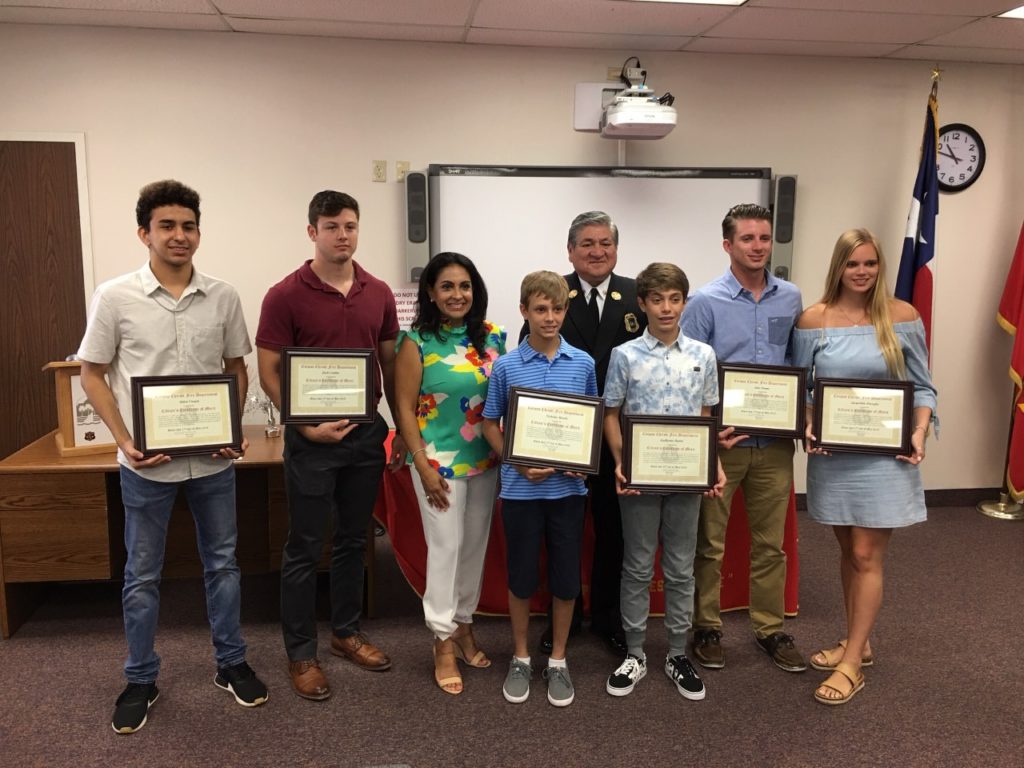 On February 27th, 2018, Tuloso-Midway High School student Aiden Vargas noticed a classmate who had suffered a seizure and sank to the bottom of a swimming pool. He immediately called for help, dove in and retrieved the student, and assisted with lifesaving efforts. These actions resulted in the return of a heartbeat and breathing of the student. Vargas received a Citizen’s Certificate of Merit.

On August 22, 2018, residents Guillermo Batini and Nicholas Morris came to the aid of an 88-year old quadriplegic man and his 90-year old wife who had fallen into a swimming pool at their home. After hearing their calls for help, the men entered the pool and kept the couple above water until fire and medic units could arrive. Batini and Morris received the Citizen’s Certificate of Merit.

On March 10, 2019, Texas A&M University – Corpus Christi students Jake Simms, Jacqueline Paveglio and Zach Cuellar witnessed a vehicle occupied by a husband and wife that lost control and flipped over, coming to rest on top of the husband. They came to the couple’s aid, turning the vehicle over, freeing the husband, and providing aid and support until fire and medic units could arrive. All three students received the Citizen’s Certificate of Merit.

On April 4th, 2019, Jenna Lasala was involved in a vehicle accident that resulted in her car catching fire. Lasala’s six-year old passenger was trapped in the child safety seat in the back. Lasala exited the vehicle, opened the rear hatchback and reentered the vehicle to rescue the child from the back seat. The child was uninjured, but Lasala sustained burns to her left leg. Lasala received the Citizen’s Certificate of Merit. 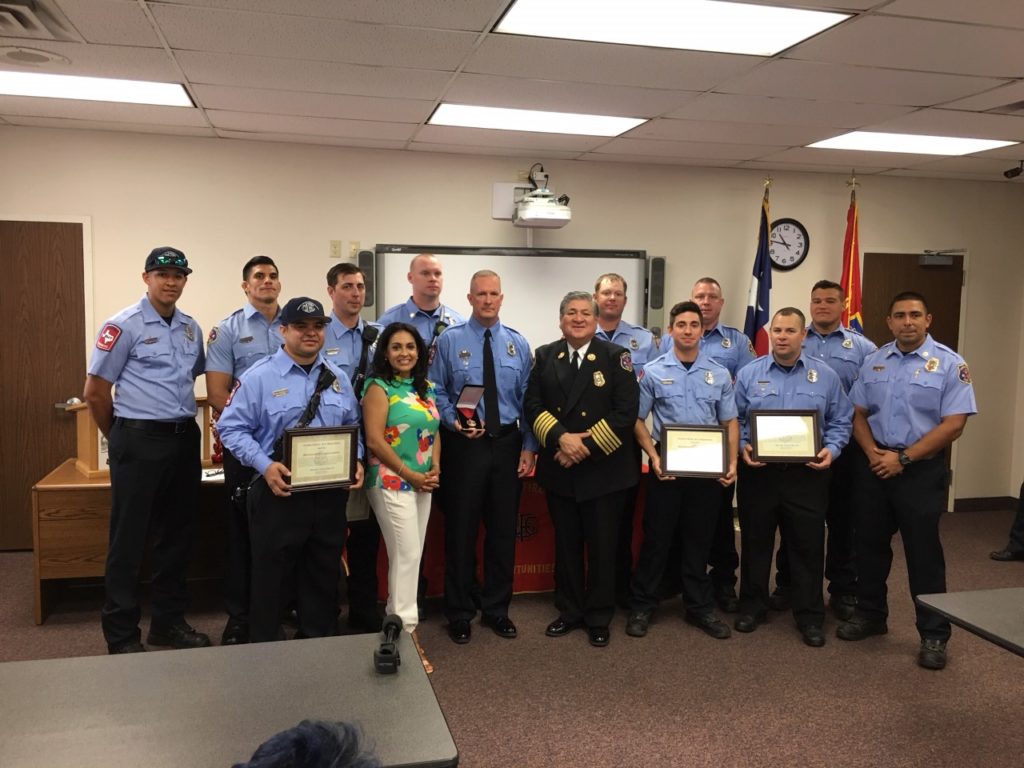 On October 16, 2018, Firefighter II Engineer Gilbert Stamps came to the aid of a fellow soldier in his Reserve Unit who had collapsed and gone into cardiac arrest during training at Naval Air Station-Corpus Christi. Stamps began CPR and continued as advanced medical aid arrived. He established an IV, secured the patient’s airway and defibrillated the soldier four times before his heart beat returned. Because of his actions, Stamps received the department’s Life Saving Award.

On November 27, 2018, Corpus Christi Fire Department crews from Rescue 3, Engine 3, Truck 1, and Medic 1 responded to a high angle rope rescue aboard the Norde Quebec docked at the Port of Corpus Christi. A contractor had fallen 35 feet into the hold of the ship suffering head injuries and had to be rescued. The groups used their training skills and professionalism to successfully remove the man. Today, 10 firefighters were awarded the Meritorious Unit Commendation. They are:

The 11 firefighters honored today have more than 100 years of combined dedication.