Two Corpus Christi police officers, who were placed on leave following an officer-involved shooting Friday night, have been identified.

The shooting took place around 11:04 p.m. Friday at Cuiper Park. 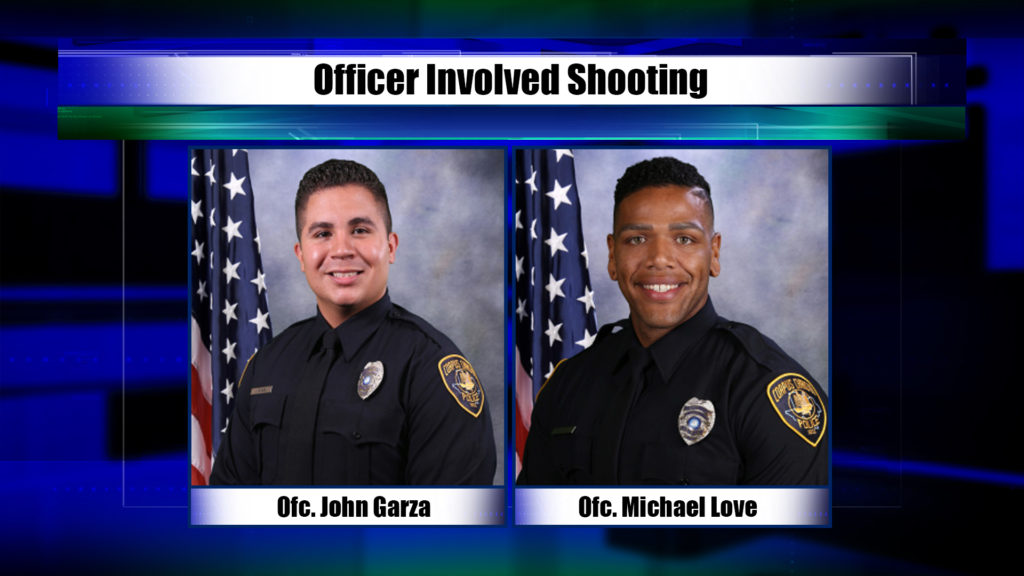 According to Lt. Michael Pena with the Corpus Christi Police Department, officers went to the park to check out suspicious people in the area. When the officers attempted to make contact with one of the subjects at Cuiper Street and Spring Street, one of the individuals began walking down Spring Street.

Police say as one of the officers tried to make contact with that person but he began firing a gun at the officer. Several shots were fired and a Corpus Christi police vehicle was struck.

The statement added two Corpus Christi Police Officers have been placed on paid administrative leave in accordance with current department practice and policy.

Officer Michael Love has been a police officer with the Corpus Christi Police Department since July 2017.

Officer John Garza has been a police officer with the Corpus Christi Police Department since December 2015.

Police went door to door for a safety check on residents in the neighborhood. At this time, no one has reported any injuries or damage.