The search continues today for an 18-year-old King High School student who vanished yesterday afternoon while swimming off Whitecap Beach.

Although no official confirmation has been received, multiple reports from the King High School community have indicated the missing person is 18-year-old Je Sani Smith.

Smith was a member of the school’s basketball and football teams. King assistant basketball coach Evan Hartlaub reacted to his disappearance in this tweet released this morning.

Je Sani was one of those kids that you say was a pleasure to coach. Respectful, coachable, a great teammate, and a great kid. I am at a loss of words. I just want to tell you “thank you”. Thank you for all you have done for Your family and for King. #Family #GRIT #SANI pic.twitter.com/j3GAaIFeUu

The incident occurred yesterday shortly before 4 p.m. when two teens lost sight of one of their friends while they all were swimming off Whitecap Beach.

The two were able to make it back to shore safely. Then, rescue operations began for the missing young man.

Overnight, the U.S. Coast Guard continued their search by air, using both a helicopter and an airplane.

After concluding their search last night at sunset, the Corpus Christi Fire Department was back out at the beach at daylight.

This morning, the King High School Band tweeted a link to a GoFundME page that has been set up to raise money for the family’s expenses. 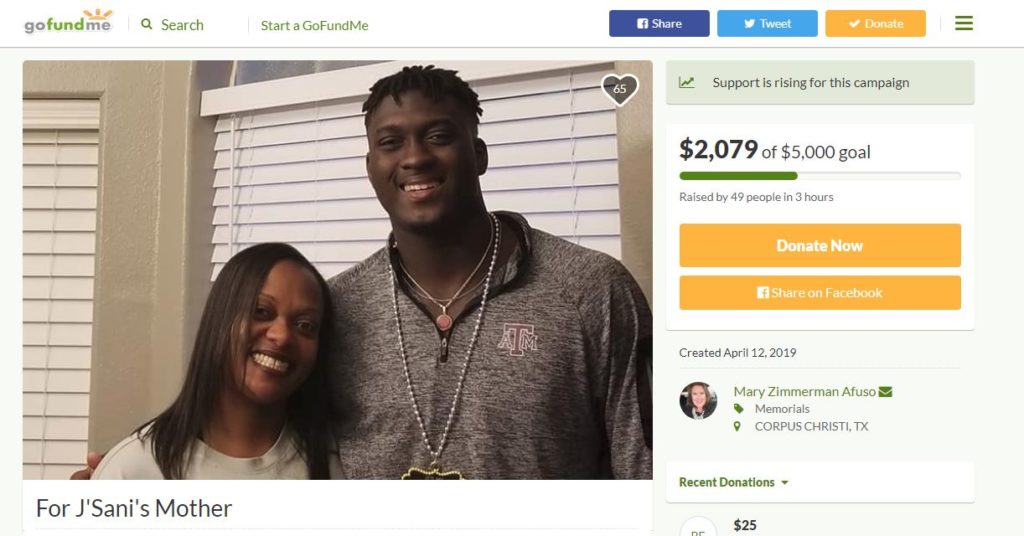 A GoFundMe account has been set up for Je’Sani Smith’s Mother. Je’Sani is an 18 year seniør from King High School. He was at the beach yesterday with some of his friends. He was swept away by the current and the coast… https://t.co/dvFqZvfmBx