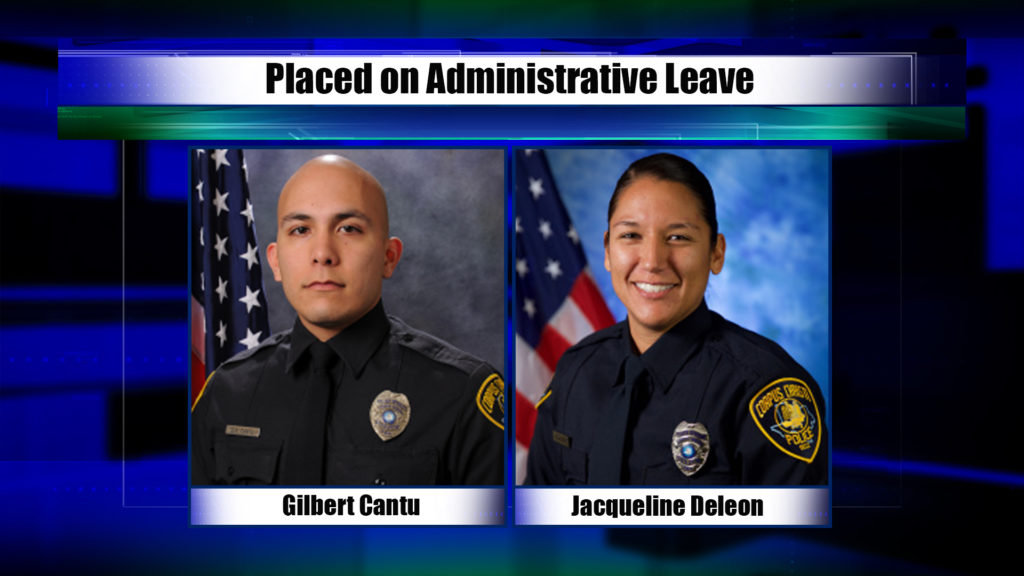 In accordance with Department Policy, Senior Officer Gilbert Cantu and Officer Jacqueline Deleon have been placed on paid administrative leave due to their involvement, or presence, at the scene of the officer involved shooting.

Cantu has been with the department for seven years and is a field Training Officer Working with Deleon, who had less than one year on the force and still in the Field Officer stage of training.

CCPD says Deloen did not discharge her weapon during the incident.

Cantu was also previously involved in a shooting in April, at the scene of a home invasion robbery on Capitan Drive. 34-year-old Adan Rene Marrero was shot by officers and died at the scene.

Yesterday, officers were in the area of Baldwin Boulevard yesterday following a report of a robbery at a convenience store. Cantu and Deleon were looking for the robbery suspects when they encountered Richard Salazar near his home on Torreon Street.

According to Police Chief Mike Markle, the officers believed Salazar matched the description of one of the suspects, and as they approached Salazar was hiding his hands. Officers asked Salazar to show his hands, but he didn’t immediately comply.

When he did show his hands, Markle says Salazar had what the officers believed to be a weapon. The item Salazar was holding was actually a lighter.

Markle says two other men have been arrested in connection to the robbery, and Salazar was not involved.