She was a 10-year veteran of the Corpus Christi Police Department. DeLeon had been placed on administrative leave after she was arrested on Feb. 7, after police say she was allegedly impersonating a public servant.

DeLeon was charged with Official Oppression, a Class A misdemeanor, and Impersonating a Public Servant, a third-degree felony.

Investigators say they received information that DeLeon was misrepresenting herself while off-duty.

During the investigation, officers with the CCPD Criminal Investigation Division say they uncovered evidence that DeLeon attempted to conduct a welfare check at her boyfriend’s niece’s home and inappropriately represented herself as a Child Protective Services worker.

According to her arrest affidavit, the incident in question happened on Nov. 29.

The affidavit states that  two officers were dispatched to an apartment on the 5600 block of Carroll Lane at the request of Senior Officer Norma DeLeon to help her perform a welfare check on a child.

At the time, she was dressed in civilian clothes but one of the officers later said DeLeon was thought to be acting in an investigative capacity with CCPD.

DeLeon reportedly told the child’s father she was a worker with Child Protective Services and he let her inside the home. Once inside, DeLeon allegedly woke up the child, then used her personal cell phone to put the girl on FaceTime with her grandmother.

The affidavit states there’s also body camera video from the uniformed officers showing the child’s father being detained while DeLeon searched his apartment. Last month, the man told police he later learned DeLeon was not a CPS worker and she was dating the son of his child’s grandmother.

DeLeon is out on bond. 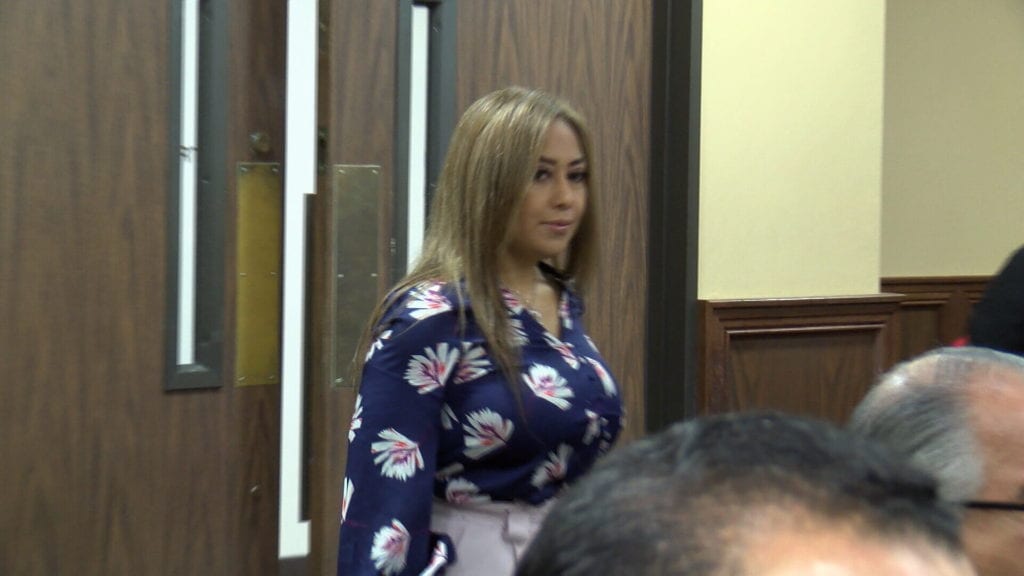 Special prosecutor Rey Pena has been assigned to this case.

During an emergency hearing on Wednesday, Cabello, who is facing domestic violence charges, was ordered to move out of DeLeon’s home.

Pena told the judge DeLeon is a witness in a separate incident involving Cabello and his estranged wife. He said there was evidence that Cabello tried to run an unnamed victim off the road and DeLeon is going to be a witness in the case.

One of Cabello‘s pre-trial conditions is to avoid people with harmful character. Since DeLeon was under indictment for the Nov. 18 incident, Cabello shouldn’t be in contact with her.

Klein eventually ruled that Cabello must move out of DeLeon’s home by Saturday.