Blankets are making a big difference over at Driscoll Middle School.

Students who typically find themselves in trouble, are finding a way out of it, one cut at a time

It all started when Driscoll Middle School Assistant Principal Werner Hartman and math teacher Catherine Stein started thinking of ways to get those students on the right path.

“I’ve been here three years, I’ve seen these guys since the 6th grade. They’ve made mistakes but they get knocked down and they always get back up,” said Assistant Principal Werner Hartman.

The two mentors came up with an arts and crafts type of project.

“He had sewing machines and I said ‘I could work with them on that.’ Then I thought better than that and came up with the no-sew blankets,” said math teacher Catherine Stein.

The project has helped the boys pick up a skill, build their confidence and learn the importance of teamwork.

“They set up the desks, they notch out the corners, they notch the sides and they can make a blanket like this in less than 45 minutes,” said Stein.

“So for me, it’s very rewarding. We work on some of their behavior and other things. It’s changing their mindset and it’s pretty cool to see,” said Hartman.

The students’ intentions were to donate the blanket to a nursing home once they were finished.

“We’re just trying to help out the community as much as we can. To show that we’ve improved in our behavior, stuff like that,” said 8th grader Michael Behrens.

“I have so much going on and I just like to come here and do the blanket, get it done, then go to class and do what I gotta do,” said 8th grader Isaiah Bazan.

When asked if this project should be considered district-wide, everyone agrees, it could make positive changes.

“I think it would show them (students) not to be doing bad things. Like, to waste their time on something better than doing bad things out there on the streets,” said 8th grader Carlos Martinez.

“I think it’s valuable. Especially at the middle school level. If they can learn these responsibilities and taking ownership of things like this, basically giving more to receive more attitude, it will radiate across the district and that would be pretty neat,” said Hartman. 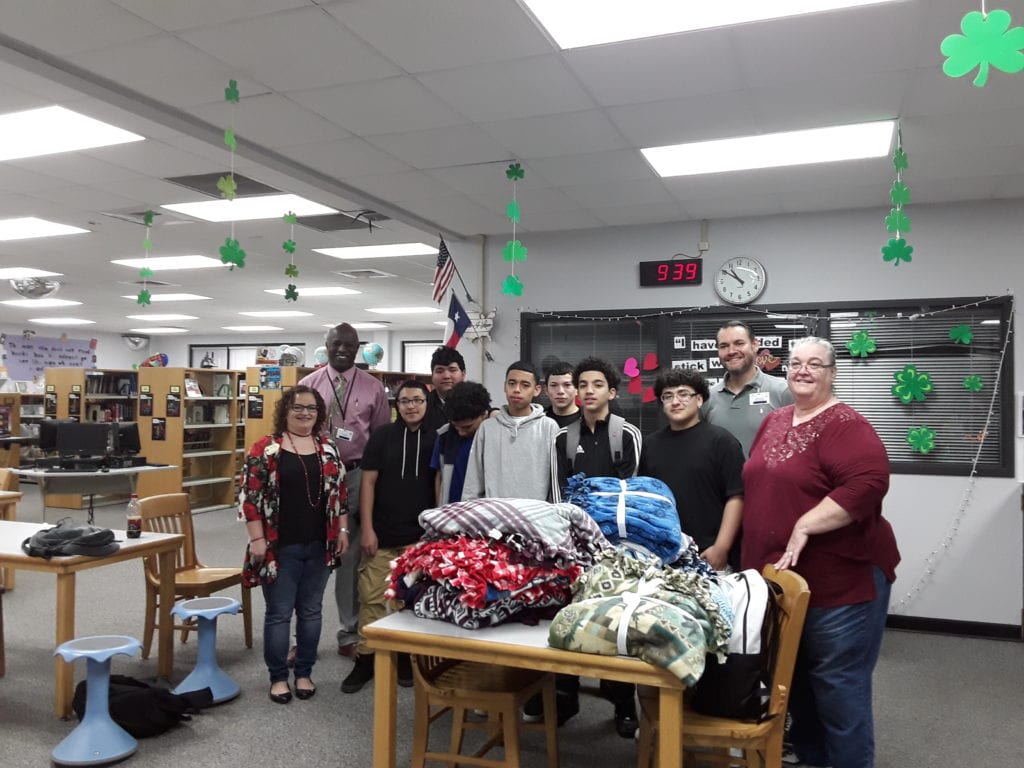 On Friday, they presented the blankets to Ms. Ashia Puente, the activities director at Alameda Oaks Nursing and Rehab Center.

Hartman says he and Mrs. Stein are now looking into grants that may be available so that they can continue this project.