The latest Flu Report has been released by the Corpus Christi-Nueces County Health District.

According to the report, 887 flu cases were reported in the week ending on March 2. That’s a 25 percent drop from the previous week. In the week that ended on February 23, there were 1,182 flu cases reported in Nueces County. 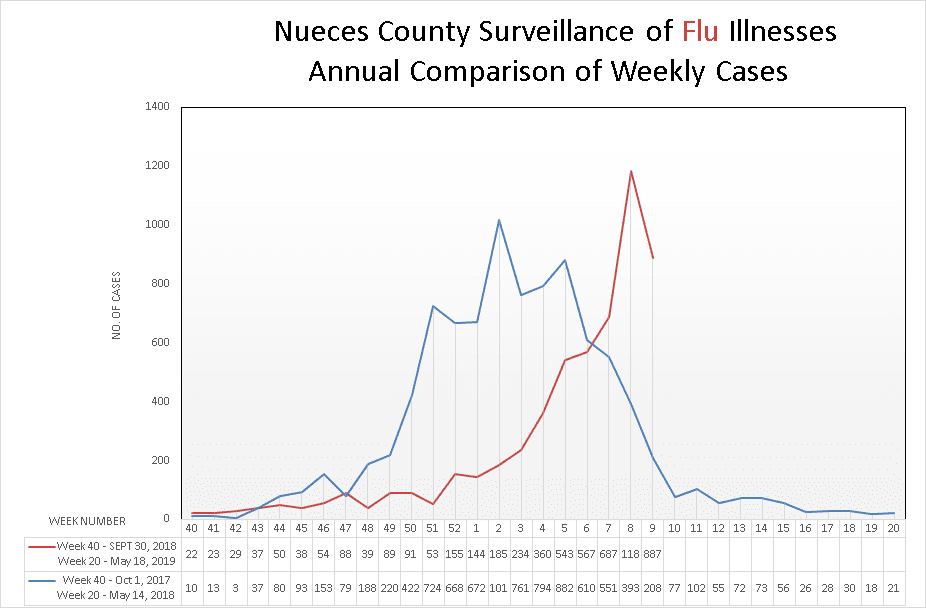 Meanwhile, the Center for Disease Control is still encouraging the public to get their flu shot if they haven’t gotten one.