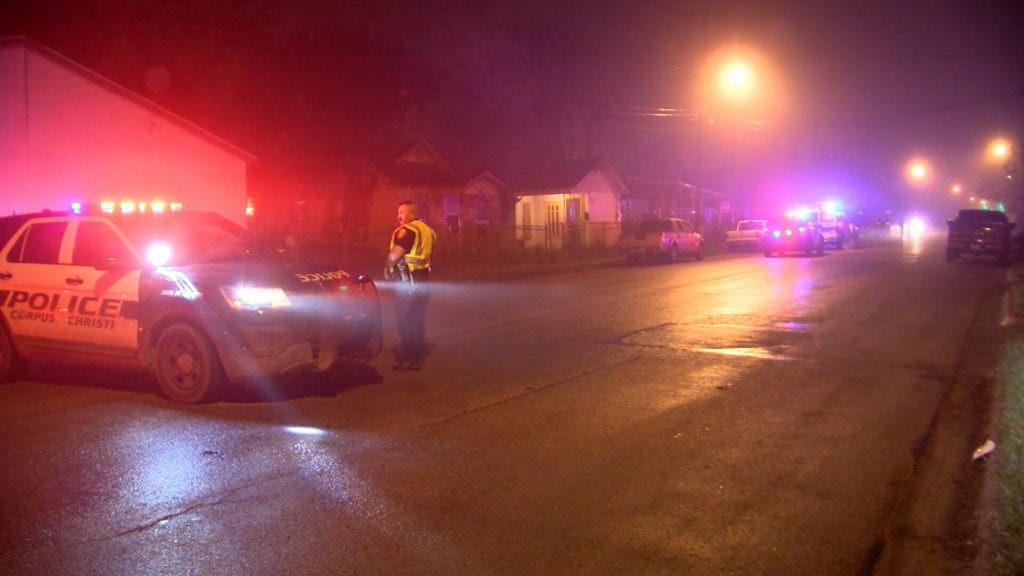 Corpus Christi police arrested a man after a hit and run crash left another man in critical condition following an overnight crash.

The incident happened around 11:30 p.m. Friday near the intersection of Laredo and 17th street next to the Crosstown Expressway.

Police say a man was standing along the roadway yelling at somebody on the other side of the street before he stepped into oncoming traffic. He was run over by a pickup truck.

Investigators added the driver of that truck took off but did eventually call the police to turn himself in.
Police interviewed 35-year-old Albert Martinez and said Martinez appeared to be intoxicated. He was arrested for DWI.

Officer at the scene said since Martinez initially fled the scene, he could be facing felony charges.

As of Saturday afternoon, the victim was currently in critical condition.

Martinez is charged with driving while intoxicated and accident involving injury or death.