The Corpus Christi Independent School District has launched an investigation into a Moody High School faculty member accused of misconduct.

On Feb. 22, the district sent letters home with band students letting parents know that Moody High School Band Director Carlos Padilla was placed on temporary leave and a substitute had been assigned to his classes.

In the letter, parents were encouraged to contact the school’s Principal Dr. Sandra Clement or Assistant Principal Cynthia Reyna if they have any questions. 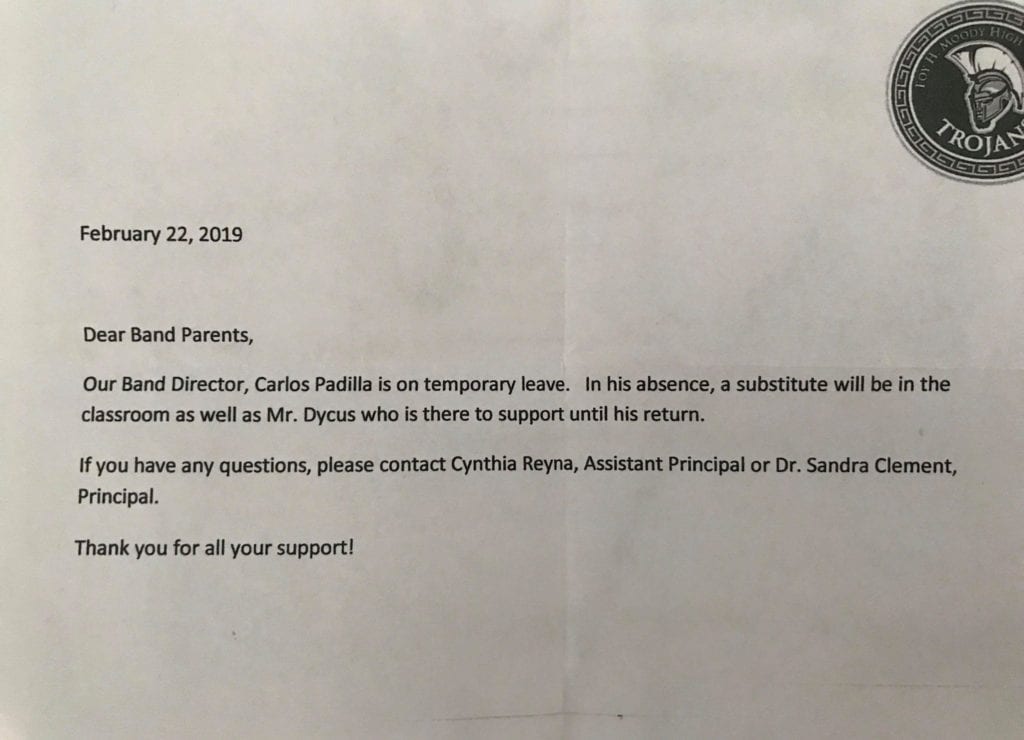 “Mr. Padilla was placed on administrative leave with pay Feb. 21, following allegations of misconduct. This is a routine measure any time allegations are made. The district cannot comment on the nature of the allegations.”

Several Moody High School parents are asking why the letter wasn’t distributed to the entire campus.

“The campus wished to provide parents whose students were preparing for spring UIL competition with information regarding points of contact, a routine practice for the campus when a staff member has an extended absence,” Libby’s statement said.