A man was taken to Shoreline Hospital Tuesday morning after his truck hydroplaned and struck an interior wall in an accident on southbound Interstate 37 at U.S. Highway 77 interchange during damp, rainy conditions. 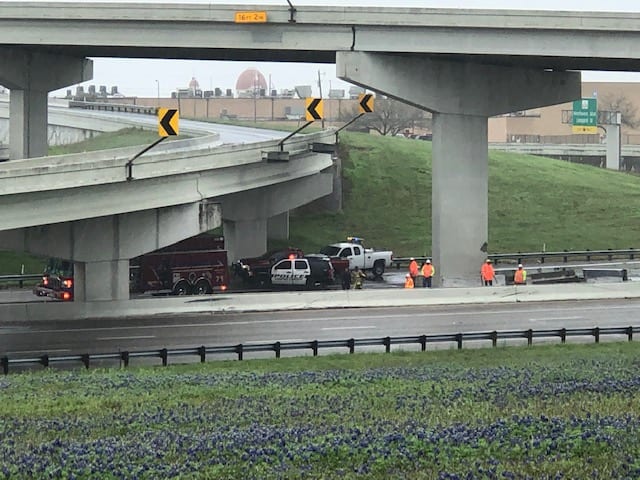 Corpus Christi Police Department Senior Officer Stacie Bruns said the driver struck the exterior and interior walls. Another vehicle near the original truck avoiding trying to get hit then struck the wall.

The crashes were considered two separate crashes because the two vehicles never collided. Bruns said. The drive in the second car was not injured.

The driver of the original truck was conscious after the accident, but was transported to the hospital. The other motorist was able to drive away from the accident.

The road barriers were displaced after the accident, leading to the closure of the highway to allow for road cleanup, Bruns said.

“People need to slow down going around this curve,” Bruns said. “It’s underneath an underpass and water starts to collect. You hit a patch of water and it’s easy to hydroplane.”