Four kids safe after car they were in was stolen

Four kids are safe this morning after the car they were in was stolen. 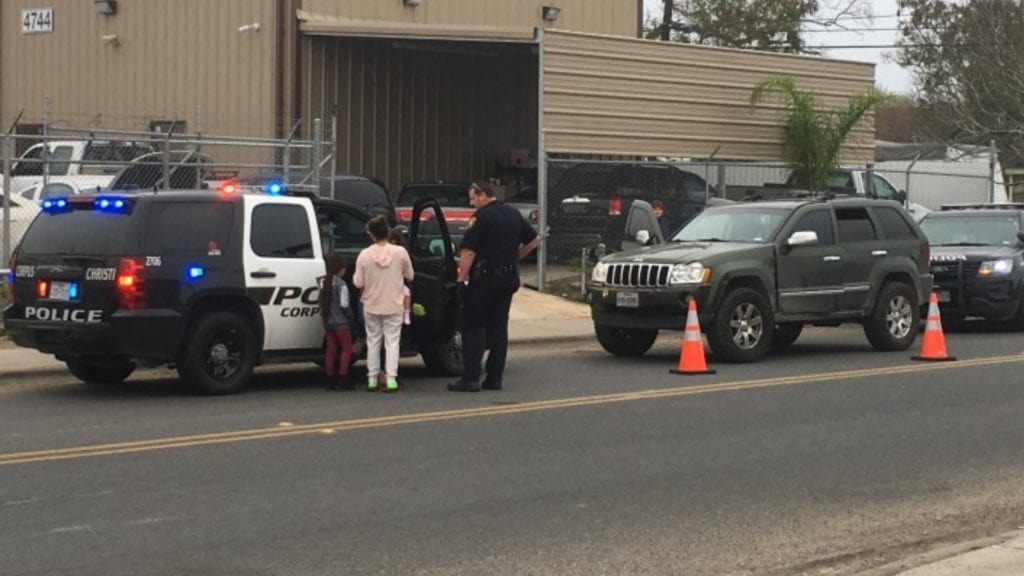 The crime happened just after 7:30 a.m. at the Stripes store at the corner of Ayers and Gollihar.

Officers say the mom was pumping gas when a man jumped into the open driver’s side door and took off.

“She was facing away from the vehicle, the individual ran up to the location, jumped in and took off in the vehicle while the gas was still pumping,”  Officer John Pew with the CCPD said.

The man dumped the vehicle a short time later at Ayers and Mansheim and took off on foot, Pew said. A Good Samaritan stayed with the children while police continued to look for the suspect.

Another Good Samaritan spotted the suspect and was able to give that information to police. He was taken into custody and the mother was able to identify the man as the one who stole her vehicle, officers said.

The man was arrested and is facing charges of kidnapping and stealing the car, officials say.

No one was injured, according to CCPD.