Medical experts are investigating the death of an 8-year-old boy who died on Monday.

According to the boy’s aunt Jessica Rios, Chucky got sick Saturday night. He was sick all day Sunday.  His illness included  continual vomiting.

“To see him down was very hard because he never sat down. He was a bold little boy,”  Rios said.

On Sunday evening, Chucky’s family took him to E.R. Code 3 in Rockport where the aunt says he was diagnosed with the flu.  She says the family was told to get Tamiflu.

Chucky was later taken to an E.R. facility in Portland where Rios said the family was told the boy had lots of fluid in his lungs. Chucky died at the facility early Monday morning.

The San Patricio County Authority, Dr. James Mobley, says he is looking into the boy’s death and referred us to the Nueces County Medical Examiner Huge Stimmler for more information. Stimmler confirmed the boy was taken to his office earlier this week.

“They did 15 types of tests. It may take a while (for the results),” Stimmler said.

Because the death took place in Portland, Action 10 News has contacted The Texas Department of State Health Services Public Health Region 11 to see if they can confirm Chucky’s cause of death. As of 11:20 a.m., the region’s director, Dr. Emily Prot has not returned our call.

Meanwhile, the family is trying to cope with this tragic loss.

“This is very hard for us. This was very unexpected. He would’ve been 9 years old on Sunday,” Rios said.

She said Chucky is known throughout the community. “Chucky has an older brother. He’s 15 years old and plays in several sports at school. So, Chucky was always hanging out and helping at the concession stands,” Rios said.

Chucky was a third grader at Fulton Learning Center in Rockport.

Yesterday was especially hard on the family. Rios said they went to the his school, Fulton Learning Center, and cleaned out his desk.

The Rock Bottom Pub at 507 S Austin Street in Rockport will hold a fundraiser on Saturday at 2 p.m. for the family. 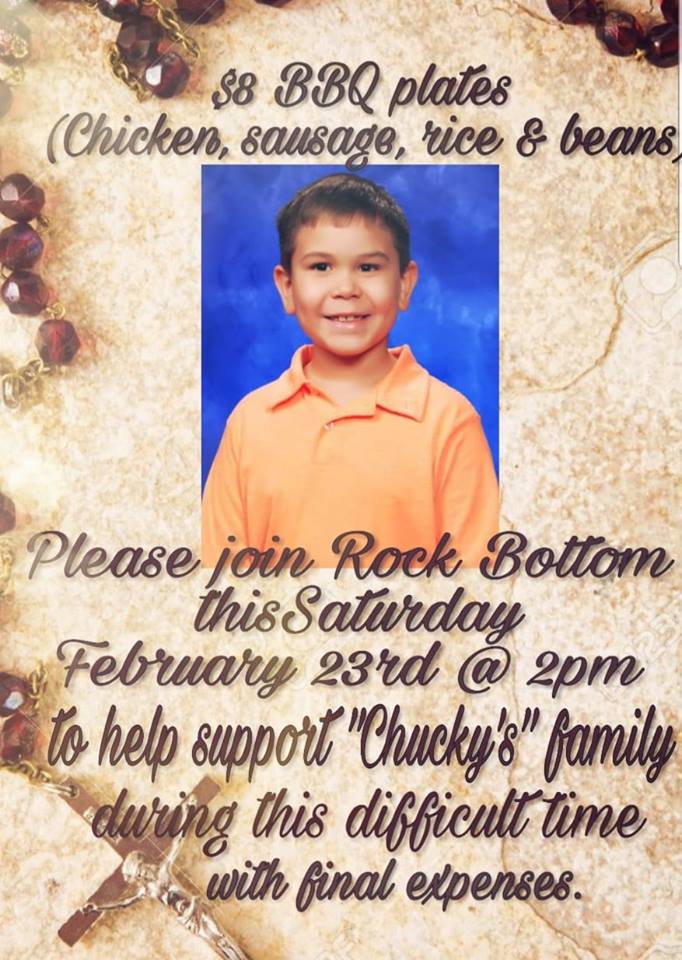 Family members are making arrangements for Chucky’s funeral. A rosary will be held Monday in Aransas Pass. A funeral mass will held Tuesday at Sacred Heart Church in Rockport.

Action 10 News will continue monitoring this story since a cause of death has not been determined.