update:  The City will make repairs to the five-foot-deep sinkhole next week.  Expected rains are delaying crews from filling the pit.  For now, a metal plate has been laid atop the hole as a temporary fix.

A sinkhole on the city’s south side caused some traffic problems this morning. 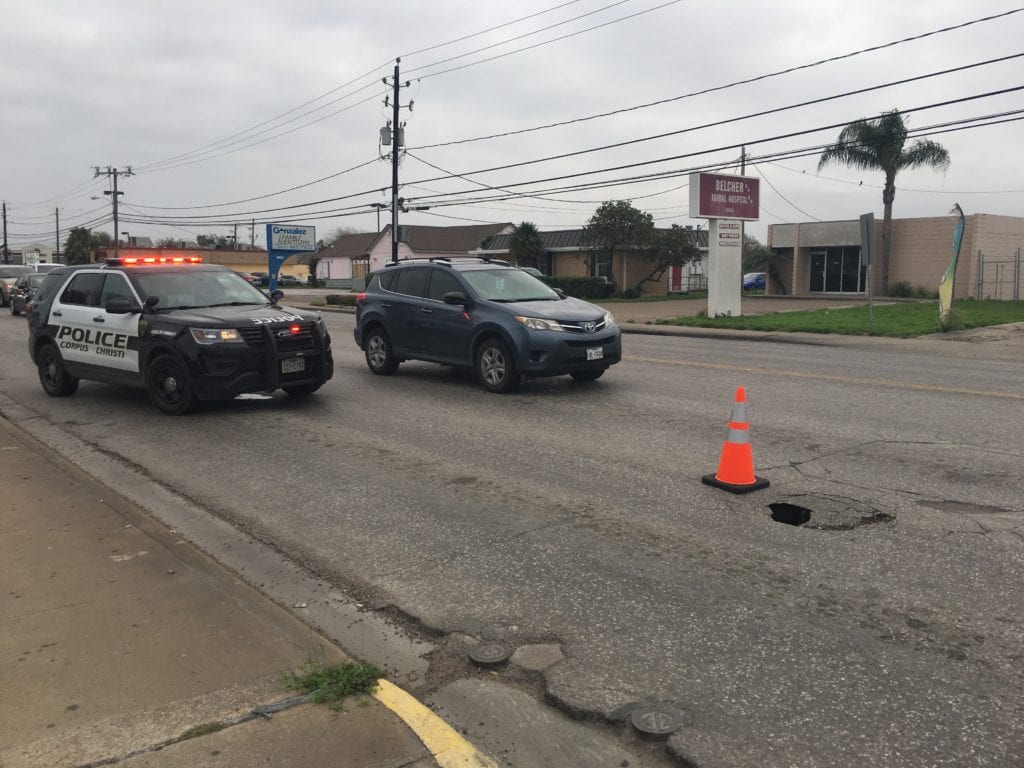 Corpus Christi Police had to divert vehicles around the sinkhole on Everhart Road near Holly Road. 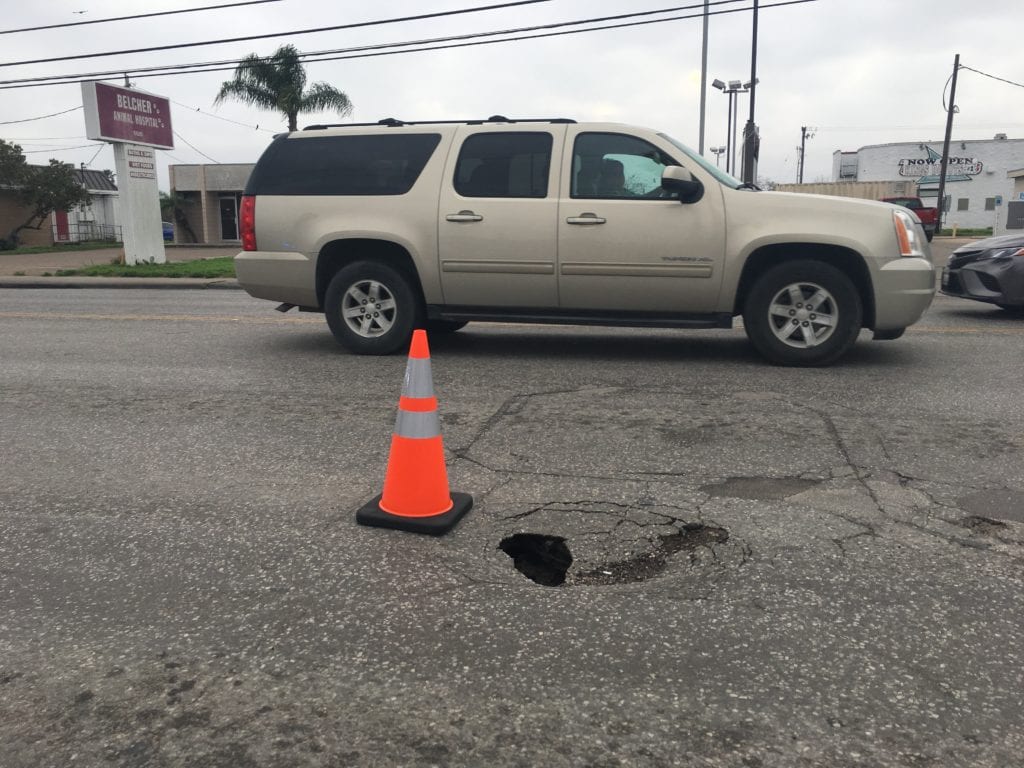 The hole is reported to be about the size of a dinner plate, but appears to be about four to five feet deep.

The city says street and water crews have scheduled repairs.