Five people were sent to the hospital Tuesday morning with minor injuries after a two-car accident involving a stolen police car at Port Street and Morgan Avenue. 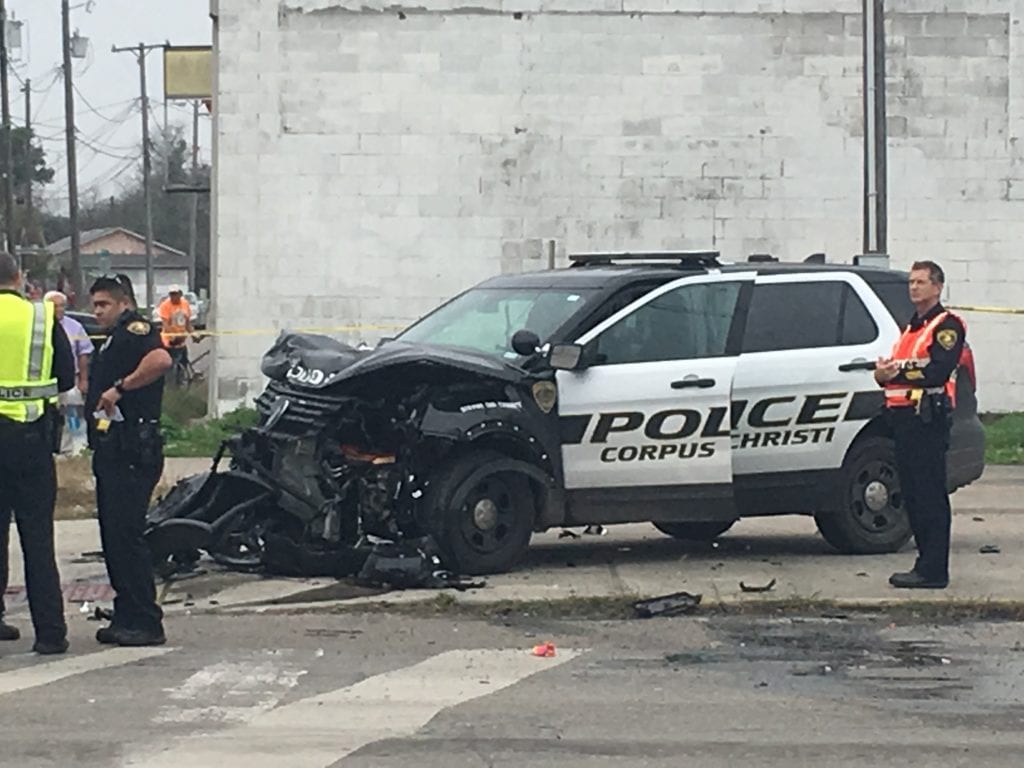 Corpus Christi Police Lt. Michael Pena said the accident came after the suspect stole the police car and then slammed into a vehicle with a woman and three juveniles inside.

The incident started about 8:05 a.m. when police answered a shoplifting call at the CVS Pharmacy at Port and Morgan.

The suspect fled from police. After a lengthy pursuit, he was brought into custody and placed in the police vehicle.

But while police collected details of the incident, the suspect started banging on the window inside the police car, attempting to push his way out.

The suspect got inside the driver’s seat and escaped in the vehicle northbound on Port. Soon, he collided with a westbound vehicle on Ruth. After the crash, the suspect fled the vehicle but was soon captured.

The four passengers in the westbound car were all taken to the hospital, along with the suspect, Pena said. The policemen received minor injuries, Pena said.

The suspect was described as a Hispanic male who was about 30 years old. He has been arrested on the initial theft charge, evading on foot,  unauthorized use of a motor vehicle and attempted aggravated assault on a police officer.

Pena said there was no car pursuit after the initial theft of the police car.

“Literally, it took 25 seconds from when he left the location to the collision,” Pena said.

Police at the scene have blocked off traffic in the area and traffic was snarled in the area for a couple of hours afterwards.