A Kingsville man is charged with aggravated sexual assault of a child. His arrest report details what led to his arrest. 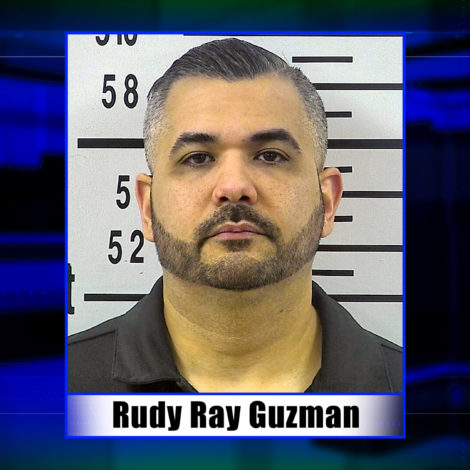 On January 15th, Kingsville Police arrested 38-year-old Rudy Ray Guzman for aggravated sexual assault of a child.
According to the arrest report, the alleged victim’s mother came to police to report that her son, a 12-year old boy, had been sexually assaulted by Guzman.

The mother told police that she had discovered on her son’s cell phone a video where Guzman is allegedly having sex with her son.
She then handed the video over to police.

According to the report, Officer John Grief watched the video, saying he could see an adult male having sex with an immature male and at one point the adult male’s face can be seen.

The report goes on to say that Officer Grief was able to get a Texas driver’s license picture of Guzman and compare it to the male seen in the video. The report states Grief confirmed the adult male in the video to be Guzman.

The boy’s face was never seen, but the mother told police she was able to identify her son through a birth mark.

Police issued a warrant for Guzman and arrested him on January 15th.
His bond was set at 85-thousand dollars, and he was released on Thursday, January 17th.

We’ve also been told that the Texas Rangers have been asked to investigate as well because there could be more alleged victims.