Police are looking for two men who broke into an apartment and pointed a gun at a woman.

The incident happened at the Saratoga Cove Apartments on the 5700 block of Wooldridge Road at 7:10 p.m. Monday.

According to Senior Officer Travis Pace, two men made their way into the apartment, pointed a gun at a 23-year old woman and asked for someone who did not live there.

The men then took a firearm and several items from a woman before leaving her apartment in a blue or gray Honda Civic.

The woman and a child in the apartment were not injured.

Meanwhile, Corpus Christi police are looking for a Hispanic male, 5 feet 5 inches tall, with a heavy build and short hair. He was wearing a blue jeans and a white shirt.

Police are also looking for a thin male, who’s 6 feet 3 inches tall. He was wearing a red shirt and blue jeans. The victim said he used a shirt to cover his face. 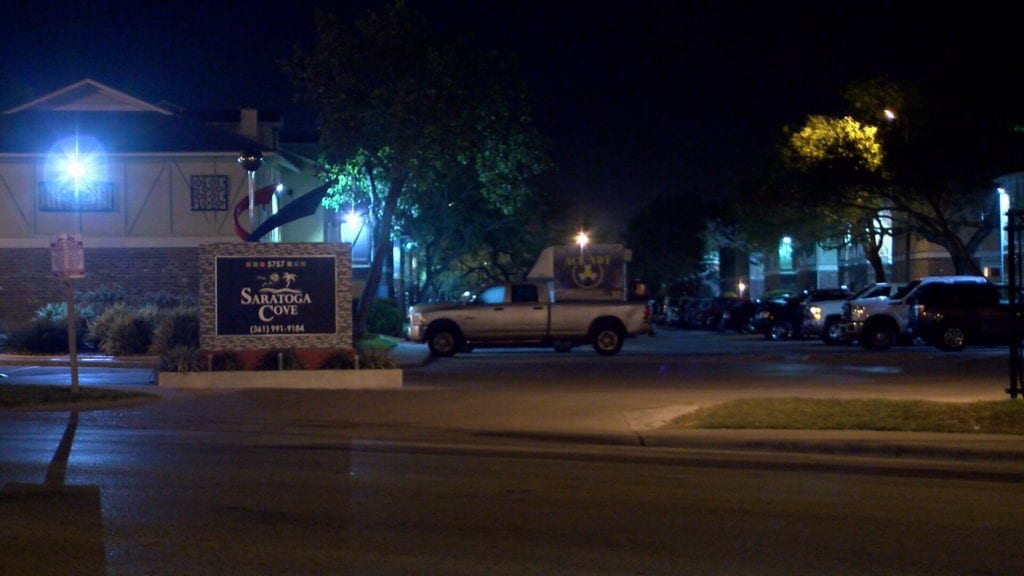 CCPD is also checking surveillance cameras in the area in hopes of getting more information on the suspects.

Anyone with information regarding this crime is asked to contact Corpus Christi Police Department at (361) 886-2600.