Eight-year-old Miriam Lopez only had one wish for Christmas. She wanted to see her mother, who serves in the Army and has been deployed in Afghanistan for nine months. To her surprise, her wish came true today at Garcia Elementary. 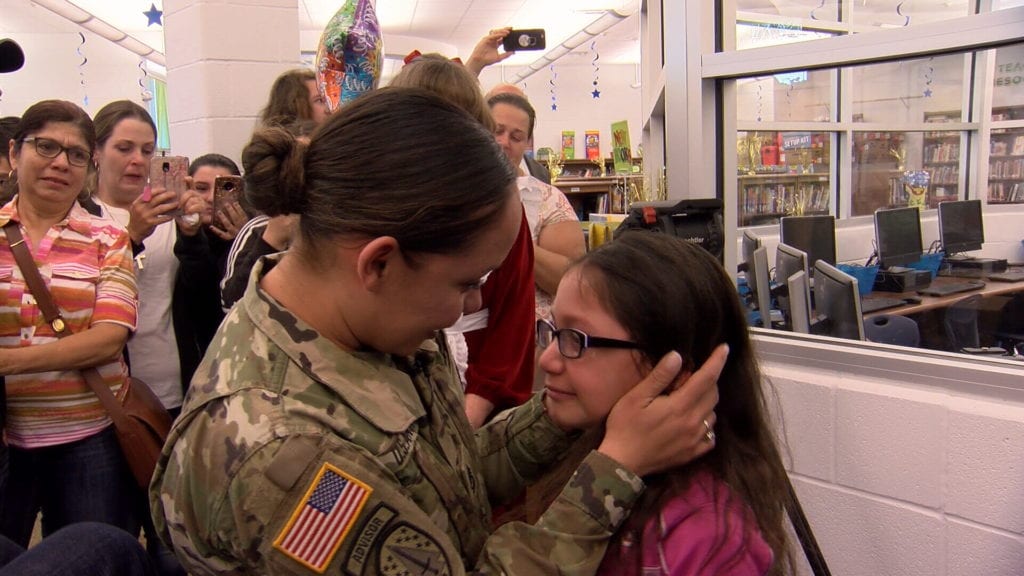 The school staff helped pull off the emotional reunion on campus. Students were told that CCISD superintendent Dr. Roland Hernandez was reading them a story during an assembly. However, Santa Claus showed up and called Miriam up to talk about her wish. Shortly after, Santa led the third grader to the arms of her mom, Army Sergeant 1st Class Irene Zepeda, for the touching reunion. 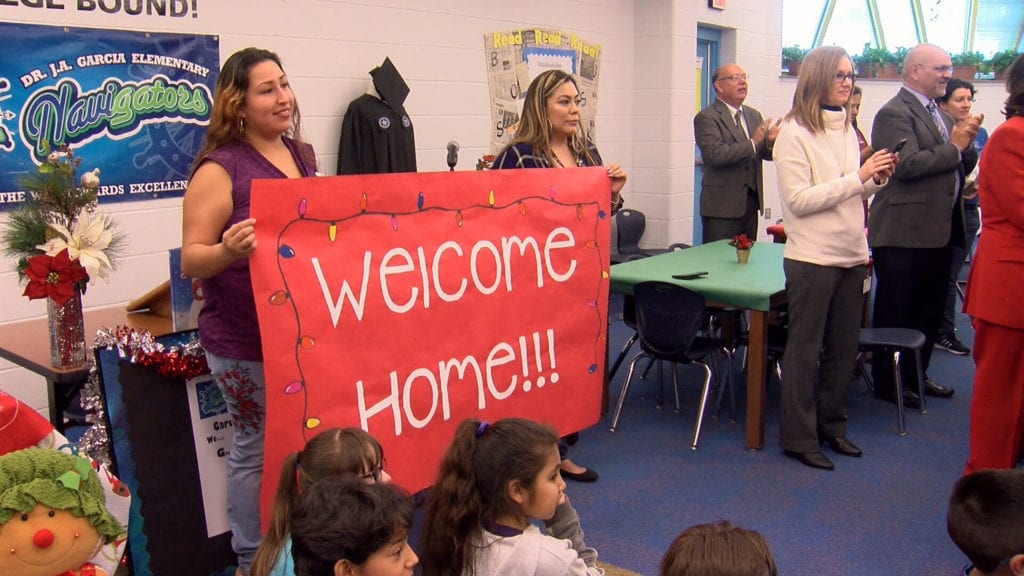 “I was surprised and sad and happy,” Miriam said, drawing laughter from her mom.

Describing the moment, Zepeda said, “I’m so happy to finally be back with her and very fortunate that I get to see her, even if it’s just for a little bit.” 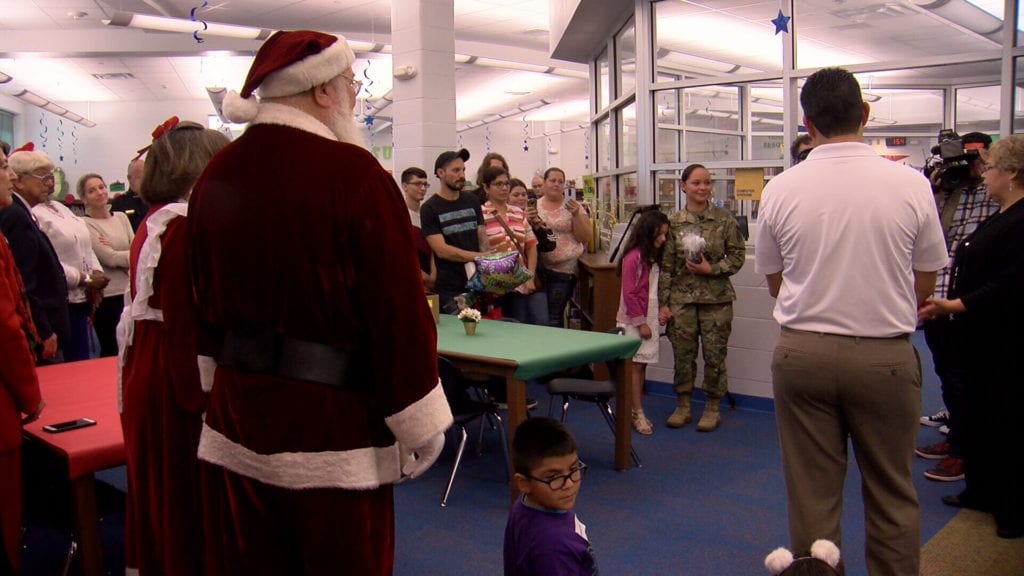 Zepeda said she has quite the Christmas break planned for her daughter. They will leave for a Disney cruise this weekend, then visit California for a couple of weeks. 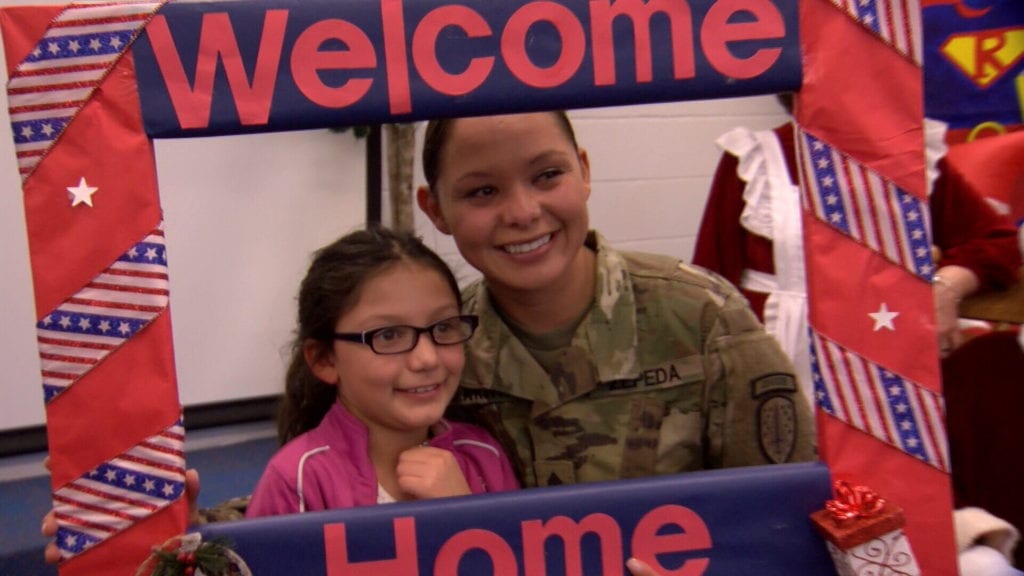