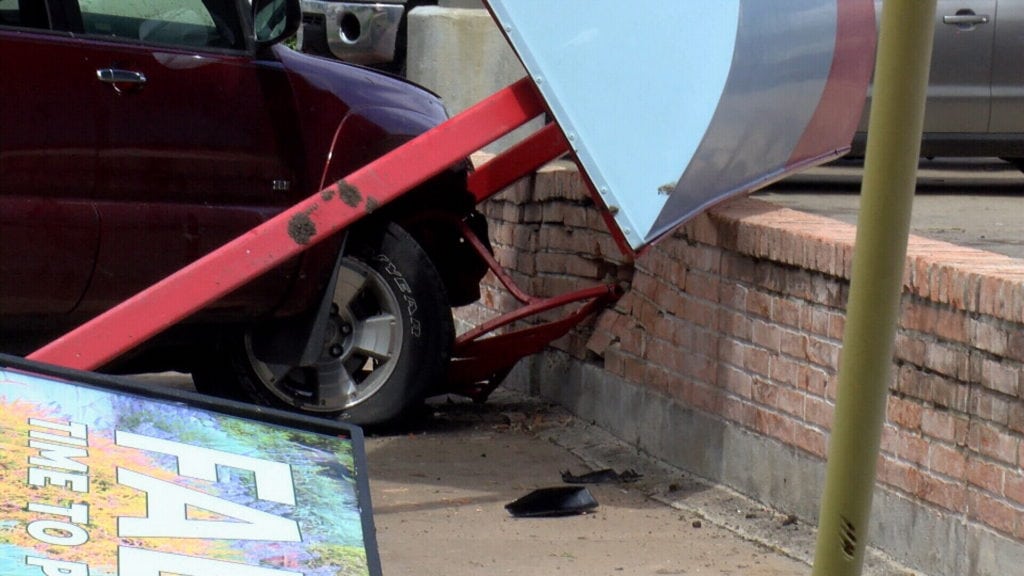 A woman was pinned underneath a car this morning after an SUV slammed directly into her.  Police received a call about the accident shortly before noon on the 3800 block of South Alameda Street and Doddridge Street.

Police say a woman driving an SUV westbound on South Alameda suffered from some sort of medical condition and lost control of her vehicle.  The car then swerved towards the sidewalk crashing into a bus bench where the other woman was at.  The woman who was struck was pinned underneath the SUV until emergency crews extracted her about 15 minutes later.  Traffic along Alameda was closed off for a short period.

Both women were transported to the hospital.  The woman who was pulled from underneath the SUV was last reported in critical condition.  Their identities were not released.