The mother accused in the death of her 4-year-old son claims she’s innocent.

Amanda Pinon, 27, pleased not guilty to charges of capital murder, murder, two counts of  injury to a child and aggravated assault with family violence during her arraignment this morning. 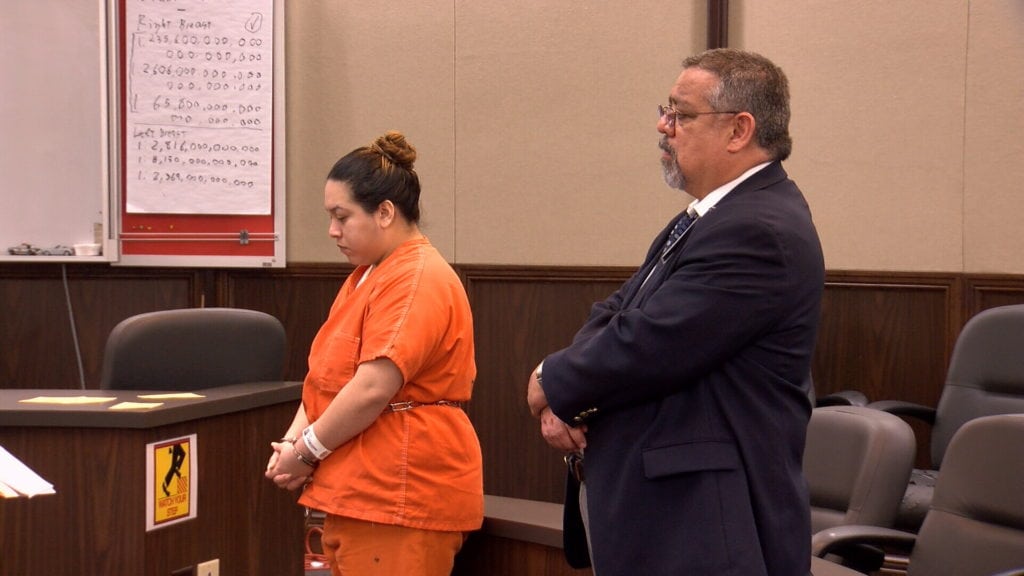 On June 17, Pinon was arrested after telling police she found her son, Athen, was cold and not breathing at her home on Robin Drive. She reportedly waited about two hours to call 9-1-1. When medics arrived, they determined the boy was dead.

During today’s hearing, prosecutors said they would not seek the death penalty in Pinon’s case.

Bazaldua told the judge, her daughter didn’t have money to make bond. Bazaldua also stated she didn’t have any money to help her daughter, but if her bond was lowered she would try to raise $5,000.

Pinon’s other children are in the custody of Child Protective Services.  Bazaldua told Medary if Pinon made bond, she could not live with her since she was fighting for custody of Pinon’s children. She instead would live with her 25-year old brother, her mother said.

Meanwhile, Pinon’s boyfriend, Michael Duty, is in jail charged with the boy’s death. He’s being held on $1 million bond.