Vector Control crews continue to combat mosquitoes throughout the city

Crews from Corpus Christi Vector Control continue to combat mosquitoes that have flourished in our area after recent heavy rains.

Mosquito sprayers will be out tonight on Padre Isalnd and areas in Flour Bluff.

The city says spray routes are determined based off of the number of mosquitoes found in mosquito traps, with areas having the highest concentration targeted first. 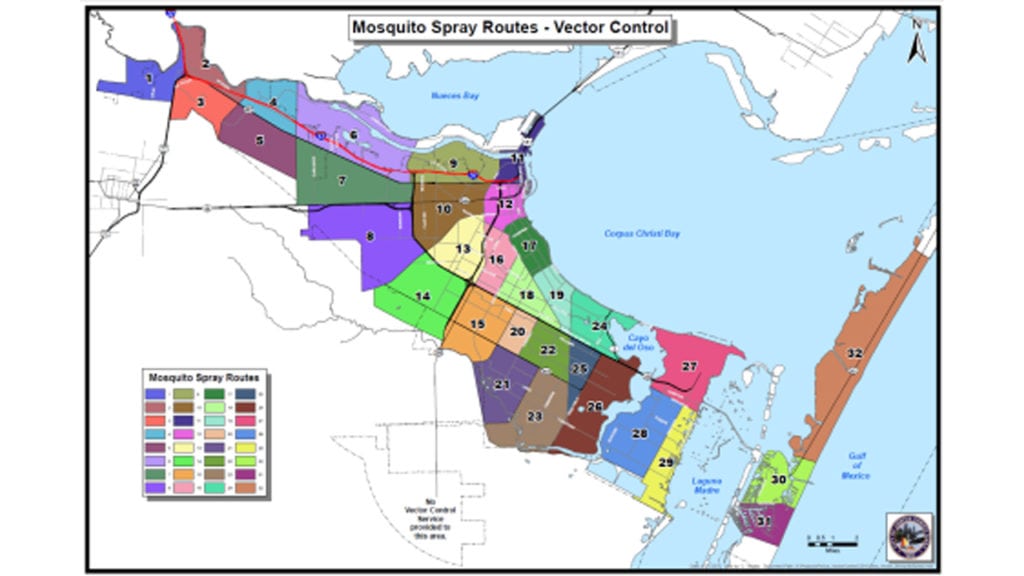 Tentatively, the city expects to spray in the following routes in the coming days:

There are larvacides available at most home improvement stores that residents can use to safely treat standing water on their private property.

The city says that after any significant rainfall, it is important for the public to remember their role in the effective control of mosquitoes.

There are a number of different mosquito species, some being active at night and others during the day.

Aside from standing water, tall grass is a popular breeding area for many species of mosquitoes, so please keep your grass and vegetation trimmed closely.

Vector Control is asking the public to help them by taking care of your property. Remember the 5 D’s of Defense:

DEET – Use insect repellent containing DEET.
DRESS – Dress in long sleeves and pants when you’re outside.
DAWN, DAYTIME and DUSK – Dawn, Daytime and Dusk are the times of day when mosquitoes are most active. Avoid being outside during these times of day to prevent bites.
DRAIN – Regularly drain standing water, including water that collects in empty cans, tires, buckets, clogged rain gutters and saucers under potted plants. Mosquitoes breed in stagnant water.
DOCTOR – Consult a physician if you feel sick after being bitten.