Ezekiel Barrera and Eric Alfaro have been charged with making terrorist threats. 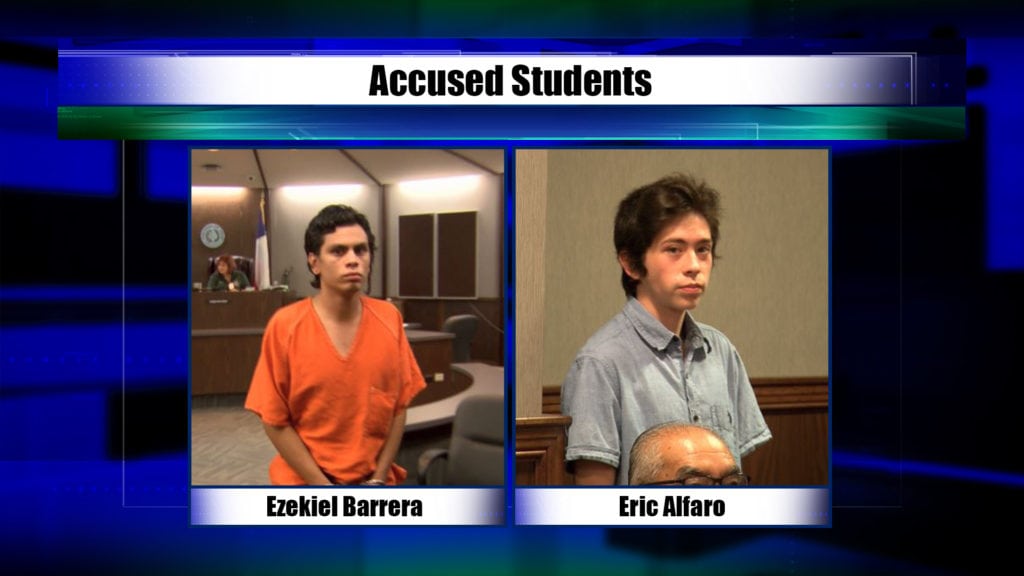 Alfaro is out on bond but Barrera remains in the Nueces County Jail.

During Friday morning’s hearing, Barrera’s attorney asked Judge Inna Klein to reinstate Barrera’s bond because he was enrolled at Del Mar College and wanted to return to class.

Judge Klein reinstated Barrera’s bond for $25,000 and said if Barrera makes bond, he will have to wear an ankle monitor (at his expense) and be under house arrest.

She also stated he’ll only be allowed to go to and from school. She also asked that she be told when his classes are and that he be drug tested.

Barrera, Alfaro and William Arias were arrested in May after police say they posted a video on social media.

Barrera’s bond has been set at $25,000. Judge Inna Klein said if Barrera makes bond, he will have to wear an ankle monitor.

The third defendant in this case, William Arias, is also out on bond.