Corpus Christi Police say a jewelry heist at the Trade Center and a shooting a short time later may be connected.

The Trade Center robbery happened at about 6:30 p.m. on Sunday. Police say two victims were robbed at gunpoint by three people.

The victims were able to chase down one of the suspects, a 16-year-old, and detain him until police could arrive. The teenager was arrested, but the other two suspects got away.

About an hour later, police were called to a convenience store near Ayers Street for a report of a man with a gunshot wound.

The victim, a 23-year-old man, and witnesses at the scene described two suspected shooters to police.

One of the suspects was spotted a short time later on the 5900 block of Ayers Street.

According to police, 23-year-old Leonard Reyna attempted to run, but was arrested. A gun was also recovered during the arrest, police say.

Both men are facing charges of aggravated robbery and aggravated assault with a deadly weapon. 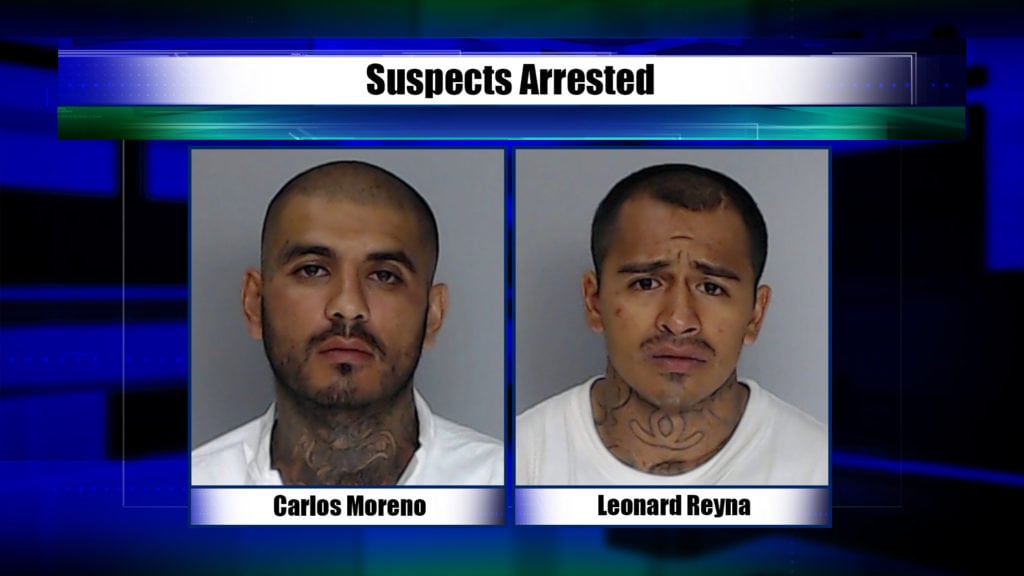