A Mexican national who told authorities he is a former police officer in Nuevo Leon was busted by local authorities with 25 pounds of crystal methamphetamine near George West. 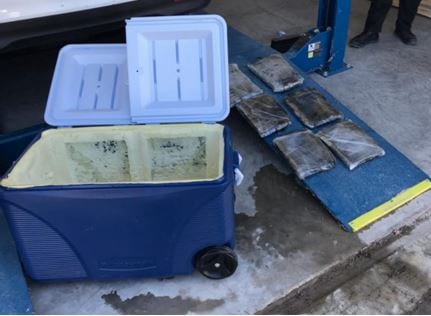 Felix Lizcano-Villa was arrested for felony possession of methamphetamine after the South Texas Specialized Crimes and Narcotics Task Force and Live Oak County deputies pulled him over for a traffic violation on Highway 59. The drugs were hidden in panels of a cooler that was in the trunk of the car, according to a press release provided by the task force.

Agents believe that the drugs originated in Mexico and were being transported to Houston for distribution, according to the release.

After the arrest, Lizcano-Villa told sheriff’s office investigators that he was a former state police officer in Nuevo Leon.