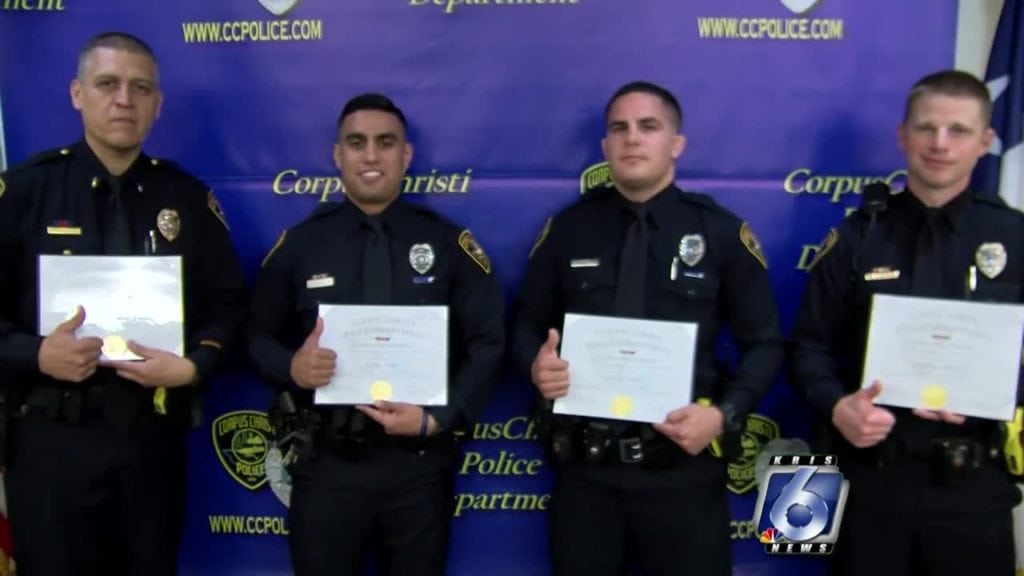 On October 8, 2017, a call was made to the police department that a distraught woman was walking to toward the Harbor Bridge after abandoning her child at a restaurant in the North Beach area.

Lt. Steven Gonzalez found the distraught female on the Harbor Bridge.  According to the police department’s Facebook page, when he attempted to reach out to her, she stepped over the pedestrian rail and onto a beam on the outside of the handrail.  Lt. Gonzalez tried to keep her in a bear hug, but she was able to get out of his grasp and attempted to jump off the bridge. He was managed to hang on to one of her arms preventing her from falling. Lt. Gonzalez kept holding on to her until back up Officers arrived.

Officer Mark Caro arrived next and immediately laid down flat on the beam allowing him to grab one of the female’s legs.  He was trying to pull her to safety.

A third officer then showed up.  Officer Dee Munsell grabbed Lt. Gonzalez by his duty belt to secure him until the woman was pulled back onto the bridge. He then secured her arms to allow Lt. Gonzalez a breather who had been holding on to her arm until more help arrived.

When Officer Dominic Knab arrived, he helped grab one of the woman’s legs and all officers working together were able to bring her back over the rail.

All four were honored for putting their own lives at risk to save the life of a citizen that was experiencing a mental health crisis who apparently wanted to kill herself.